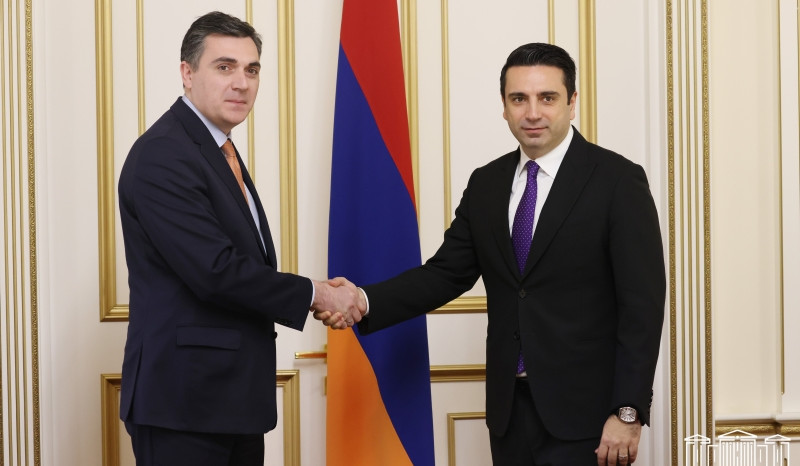 Alen Simonyan congratulated Ilia Darchiashvili on assuming office and on the occasion of the 30th anniversary of the establishment of diplomatic relations between the two countries. He said that the constant development of the special friendly relations with Georgia is among Armenia's priorities, which is also reflected in the Armenian government’s 2021-2026 action plan.

The sides discussed issues relating to regional security and stability. The Parliament Speaker said that for this purpose Armenia is taking steps to improve the relations with all its neighbors.

He reminded Azerbaijan’s constant violations of the 2020 November 9 trilateral statement, stating that these actions are directed to exerting psychological pressure on the people of Nagorno-Karabakh and disrupting the normal operation of vital infrastructure there. The meeting also touched upon the issue of Armenian prisoners of war and civilian captives held in Azerbaijan. Alen Simonyan reaffirmed the priority of guaranteeing the rights and freedoms of Armenians of Nagorno-Karabakh and the importance of the status of Nagorno-Karabakh, attaching great importance to the launch of negotiations between Armenia and Azerbaijan around a peace treaty and the implementation of other respective actions.

The Georgian Foreign Minister thanked for the welcome and said that Georgia is always ready for close cooperation and support to contribute to peace. He said peaceful neighborhood and resisting challenges together are important for the development of the region.

The sides highlighted the necessity of moving on in all directions for developing the bilateral ties. 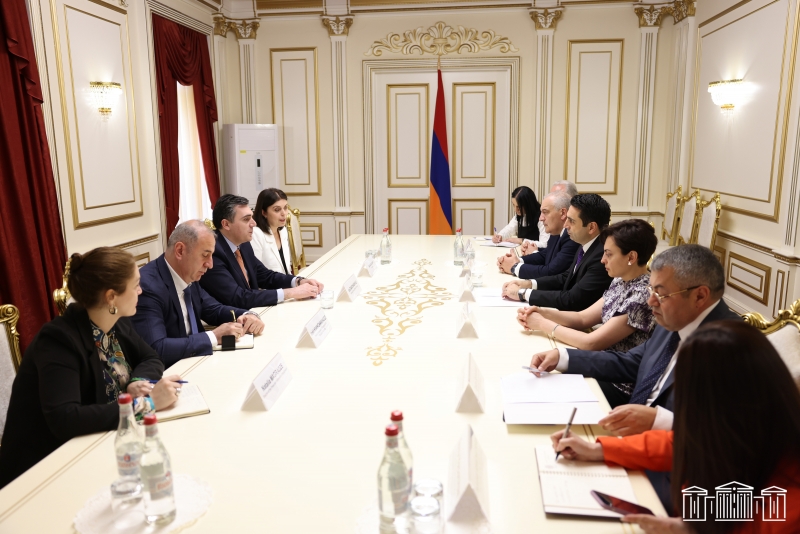