In the sidelines of the official visit to Russia, Prime Minister Nikol Pashinyan met with Russian Prime Minister Mikhail Mishustin.
Greeting the Armenian PM, Mikhail Mishustin said, "Dear Nikol Vladimirovich, we welcome you to the Government House. Your official visit is very important for the further development of our friendly and allied relations, which link together Armenia and Russia. This year we mark the 30th anniversary of the diplomatic relations between the two countries, the 25th anniversary of the Treaty of Friendship, Cooperation and Mutual Assistance. As a result of yesterday's talks with Russian President Vladimir Putin, you have reached large-scale agreements on strengthening bilateral cooperation in almost all areas on the agendas of our two countries. The Russian Federation will take all necessary measures to implement the decisions reached at the highest level”.
According to the Russian Prime Minister, Russia ranks first among Armenia's foreign partners and investors. "It is gratifying that last year the trade turnover between the two countries increased by almost 13%, reaching 2 billion 600 million USD, while in January-February 2022, the trade turnover increased by 42% compared to the same period last year, amounting to 430 million USD. The volume of Russian investments in the Armenian economy exceeds 2 billion USD. We are interested in developing bilateral cooperation, implementing new projects in areas such as energy, mining, transport infrastructure, pharmaceuticals, agriculture, digital technologies, high technologies”, Mishustin said, adding that the intergovernmental commission of the two countries is engaged in similar initiatives.
The Russian Prime Minister proposed to speed up the process of signing a new program of economic cooperation of the intergovernmental commission of Armenia and Russia. In the context of sanctions against Russia, Mishustin attached importance to the more active use of national currencies in bilateral trade, the use of industrial cooperatives, and the creation of new trade opportunities.
"We also pay special attention to the implementation of the agreements between the leaders of Armenia, Russia and Azerbaijan to unblock the regional infrastructure. I am confident that the creation of new infrastructure routes will contribute to the further development, stability and peace of the region for the benefit of the countries of the South Caucasus. Russia continues to provide humanitarian assistance to Armenia, and now conditions are being created through the International Center for Humanitarian Response for the return of refugees to their places of permanent residence and the restoration of facilities and infrastructure," Mikhail Mishustin said.
In his speech, the Russian Prime Minister also attached importance to the continuation of close cooperation in the field of education and science.
For his part, Prime Minister Nikol Pashinyan thanked for the warm reception and said, “This is my first official visit to the Russian Federation and I must say that you have rightly noticed that it is very successful. Yesterday we discussed with Vladimir Vladimirovich the entire scope of our interstate relations, held very effective negotiations, reached important agreements. Russia is considered to be Armenia's main trade and economic partner; our trade turnover and trade ties are constantly growing. We are also cooperating effectively within the framework of the Eurasian Economic Union.
We have a rich experience of cooperation in the field of energy and strategic plans to develop that field. Of course, we have concrete plans in the sphere of transport and other spheres, and yesterday we agreed with Vladimir Vladimirovich that the intergovernmental commission should become the main platform for the implementation of the agreements reached in economy, energy and other spheres. I consider it necessary to emphasize that our ministries cooperate quite well, the intergovernmental commission is also actively operating, the sitting of which was recently held in Yerevan. I think that in the current situation common challenges emerge, also opportunities that should be recorded and tried to make use of. I am glad that today we have the opportunity to discuss some specific topics, and it is possible to reach concrete solutions."
Prime Minister Pashinyan reminded that this year marks the 30th anniversary of Armenia-Russia diplomatic relations, the 30th anniversary of the CSTO, the 25th anniversary of the Treaty of Friendship, Cooperation and Mutual Assistance between Armenia and Russia. "We have a rich program of events for this jubilee year, which is first of all a good opportunity to celebrate the anniversaries, as well as to analyze the path we passed, to understand whether we managed to achieve the goals we had set, as well as to see where we did not manage and make our cooperation more effective”, the Prime Minister said.
The interlocutors discussed a number of programs and initiatives to develop cooperation in the fields of economy, infrastructure, energy, trade, high technologies and other spheres. An agreement was reached to work closely through state agencies in the near future in order to bring them to life and raise the Armenian-Russian economic ties to a new level.
Prime Minister Nikol Pashinyan headed to Nizhny Novgorod from Moscow. 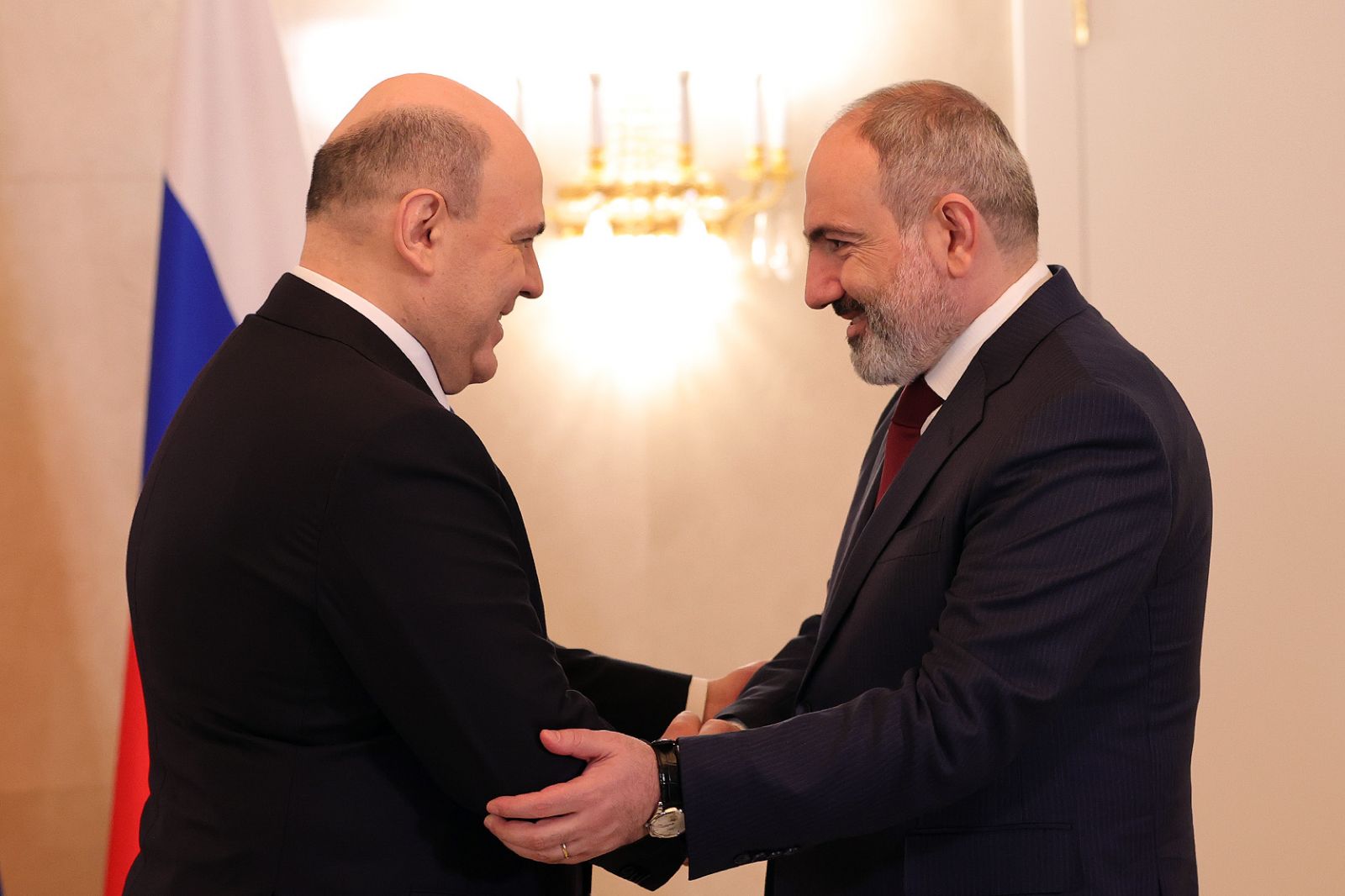 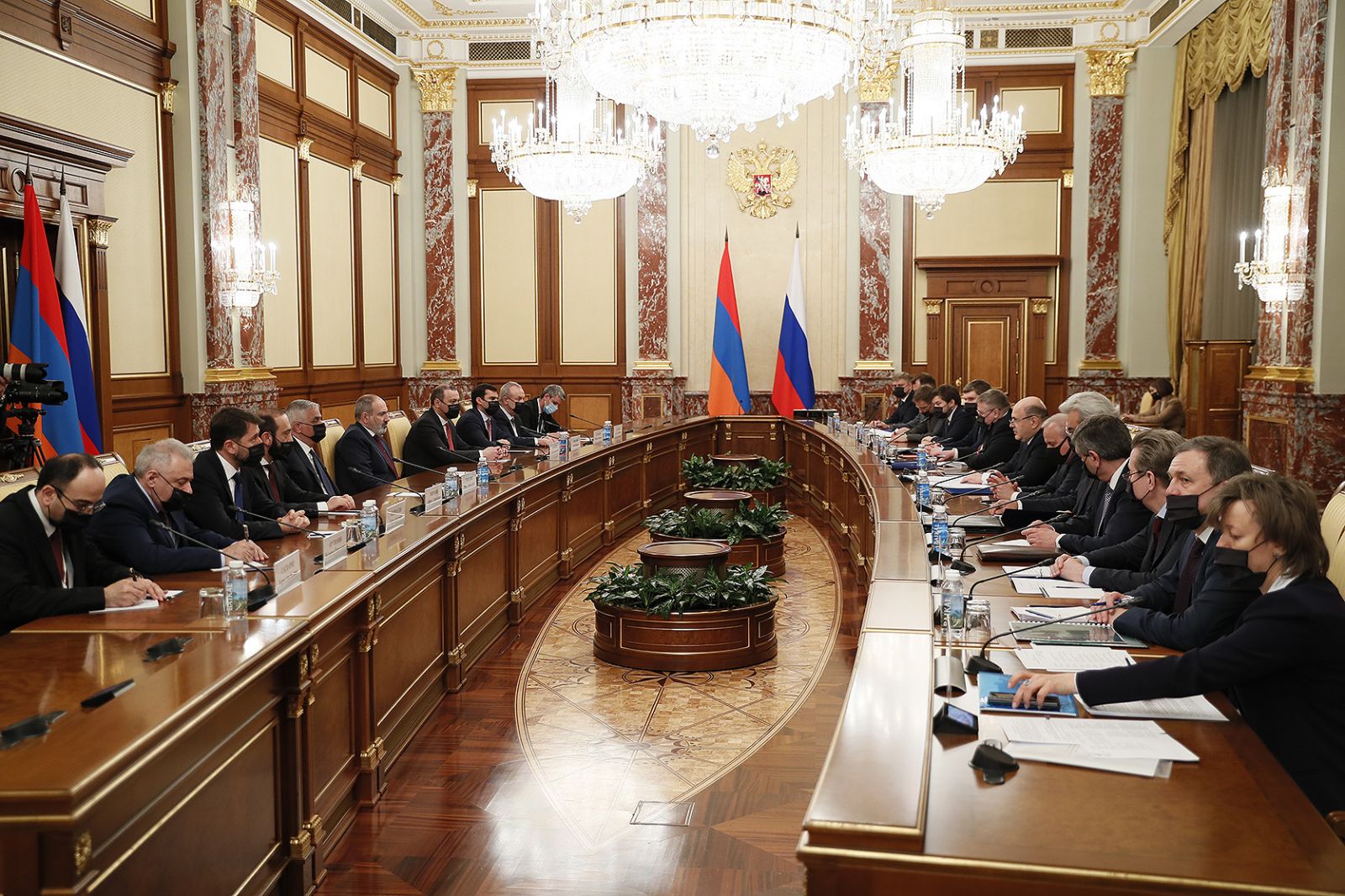 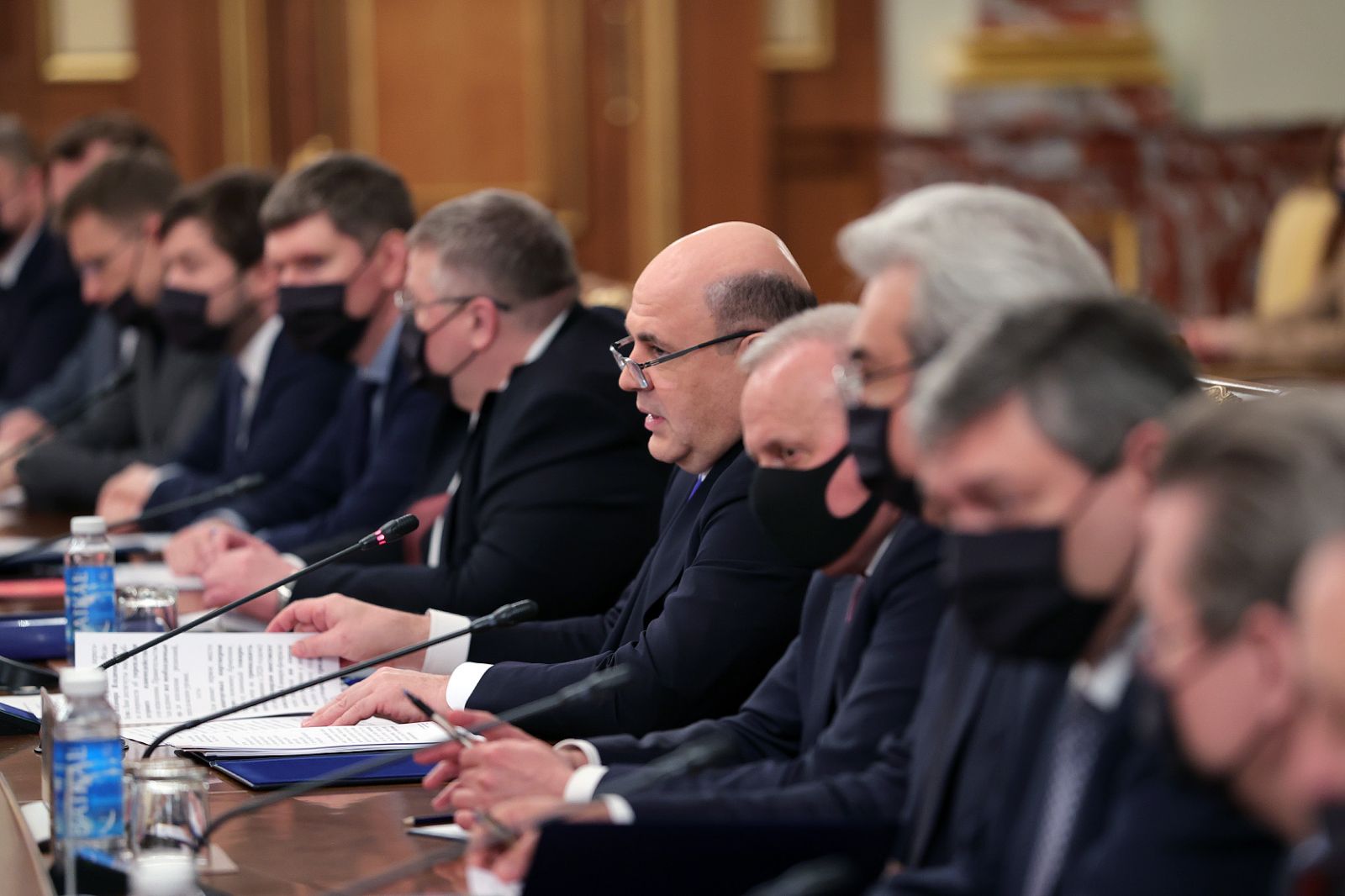 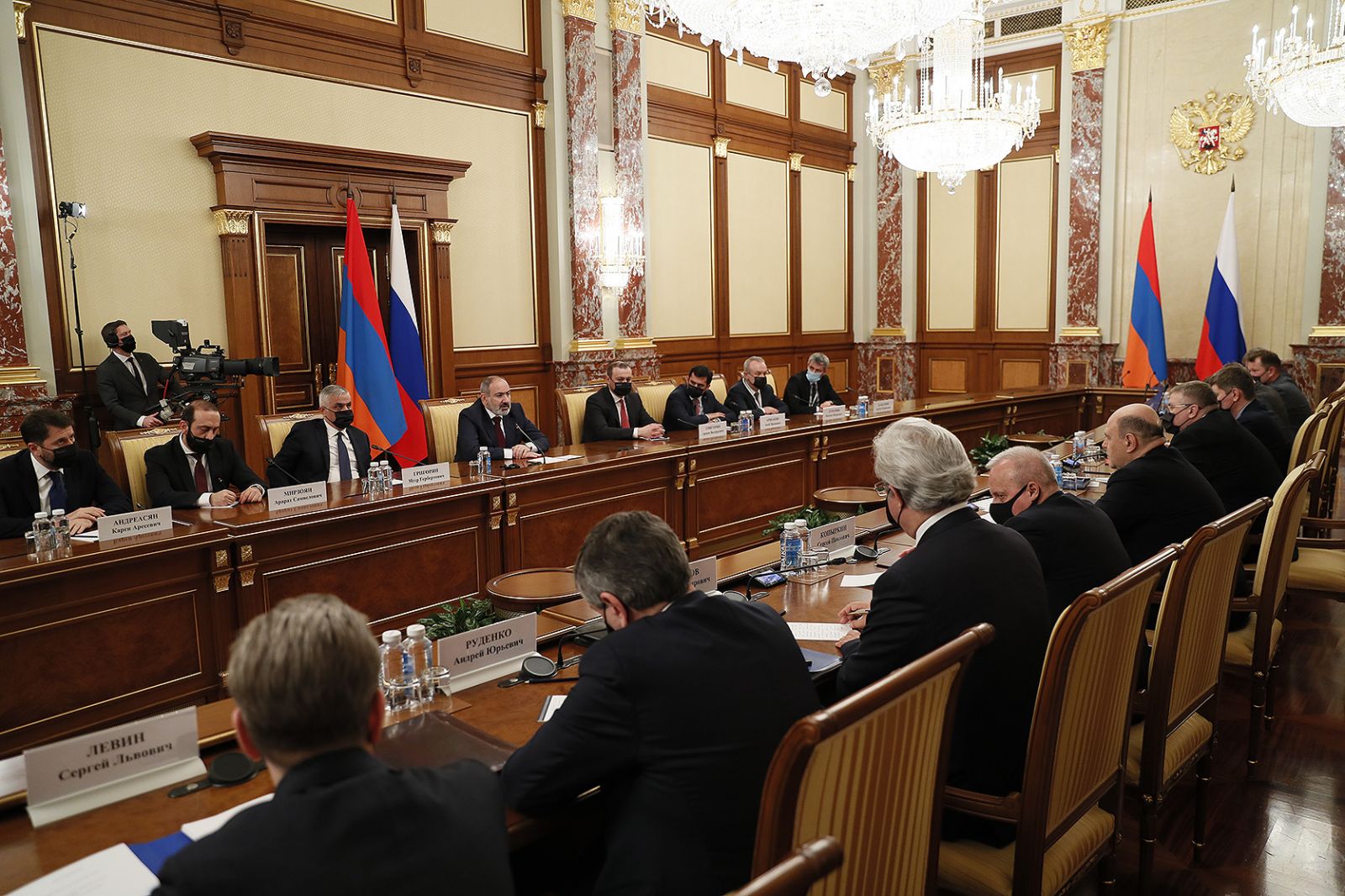 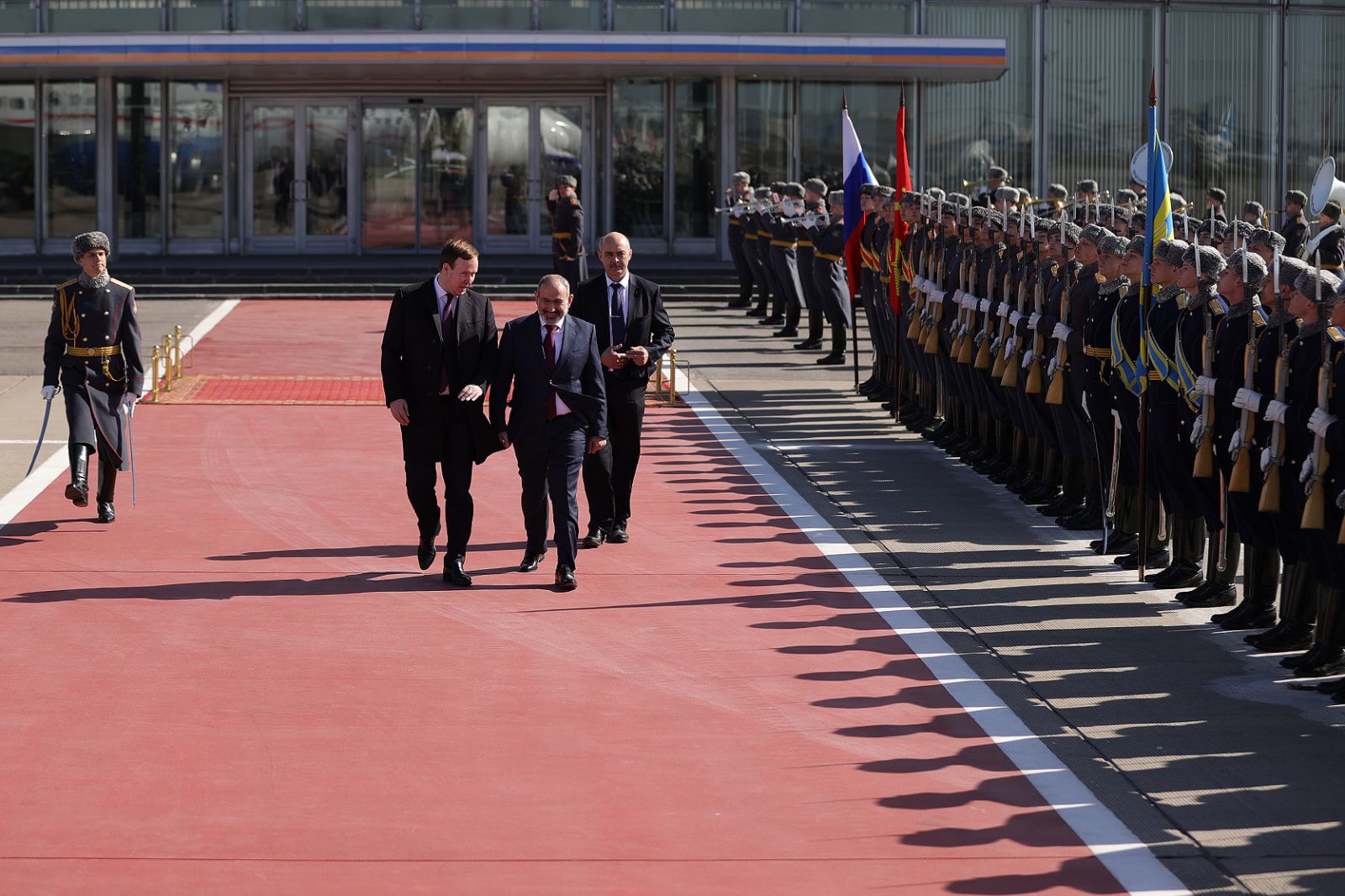 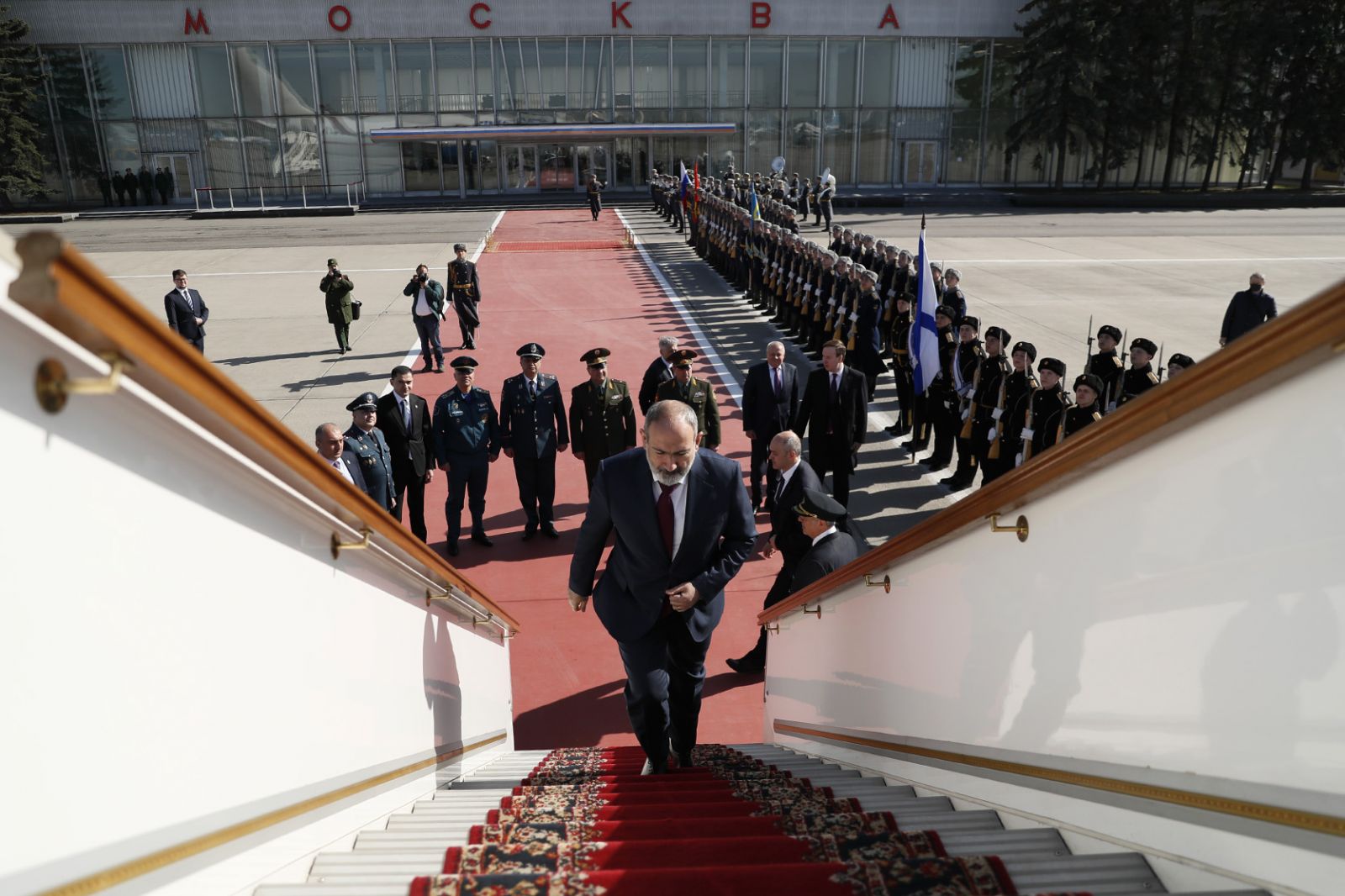