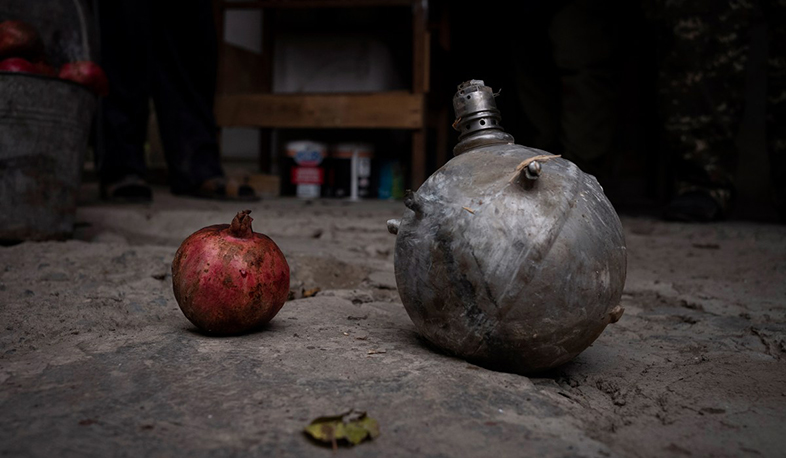 Today, more than ever, the cultural heritage of Artsakh is facing a real threat. Local monuments, churches and landmarks may become another target of the autocratic state of Azerbaijan. The country has a history of cultural genocide against the Armenian heritage within its borders, a vivid example of which is the mass destruction of Armenian khachkars in Nakhichevan.
“The event may be the largest cultural genocide of the 21st century,” writes Hrag Vardanian, editor-in-chief and co-founder of “Hyperallergic”. In his edition, he listed a series of studies on the cultural heritage, currently threatened in post-war Artsakh.
Here is the list of the studies, included in the edition.
Researcher Simon Maghakyan writes about a 14th-century mausoleum of a Muslim leader in the Agdam region, which research has revealed to be the work of an Armenian builder who has also constructed two other edifices in present-day Armenia. Considering the fate of other Armenian structures in Azerbaijan, most notably in the Nakhichevan region, it raises questions about whether Azerbaijan will celebrate the multicultural heritage of the region, or erase it like it has done with so much else.
Reporter Nevdon Jamgochian looks at the history of artwashing by the Azerbaijani state and its erasure of Armenian heritage, citing specific cases and incidences to demonstrate the pattern that continues.
An Armenian refugee of Baku herself, Yelena Ambartsoumian writes about the perplexing lie by the Azerbaijani government that no Armenian Christian heritage exists in the country and the hundreds of monuments and structures are in fact Caucasian Albanian, a cultural community that shared communion with Armenians but have since disappeared.
Art historian Christina Maranci considers the earliest known depiction of a mother nursing a child in Armenian art, comparing it to the Madonna and Child images that appear in manuscripts and elsewhere. Located in the now Azerbaijani controlled Karvachar (Kelbajar) region, the fate of the late 12th- or early 13th-century khachkar is uncertain.
Scholar Rachel Goshgarian looks at the figure of Hasan Jalal, an Armenian leader in Artsakh, and how his personal history tells a complicated story that challenges the modern tendency to assign identity as a fixed thing.
Writer Hrag Avedanian considers the politicization of Karabakh rugs and carpets by Azerbaijan and how the country’s propaganda attempts to warp the history of these unique artworks.
Scholar Mashinka Firunts Hakopian considers the colonization of the museums of Shushi by Azerbaijani forces.
Photographer Scout Tufankjian was in Artsakh during the handover of territories to Azerbaijani authorities.
And a text by the late Neery Melkonian, who was an active curator in Artsakh, about the Front Line project by artist Hrair Sarkissian that recorded images both of landscapes and veterans of the first bloody war in the 1990s.
Views 96