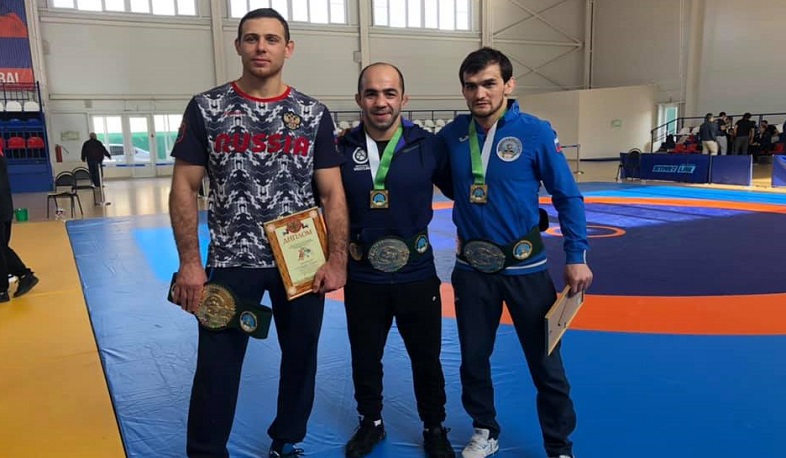 Silver medalist of 2012 Olympic Games, world and European champion Arsen Julfalakyan participated in the pan-Russian tournament of Greco-Roman style wrestling in Russia’s Adygea and earned the gold medal. Julfalakyan played in four matches, winning them with the scores 6։3, 4։0, 8։0, 6։4.
“In a way, I felt the lack of competitive experience. My rivals were top-level wrestlers, winners of Russia’s championship. I believe this tournament was necessary to understand what form I am in and what I have to work on,” said Julfalakyan in an interview with the news service of the Armenian Olympic Committee.
Wrestlers from Russia and Kirgizstan participated in the tournament taken place on November 9-10. Julfalakyan was Armena’s only representative.
On his Facebook page, the wrestler wrote that he had also won the prize for the affection of the audience.
Views 68