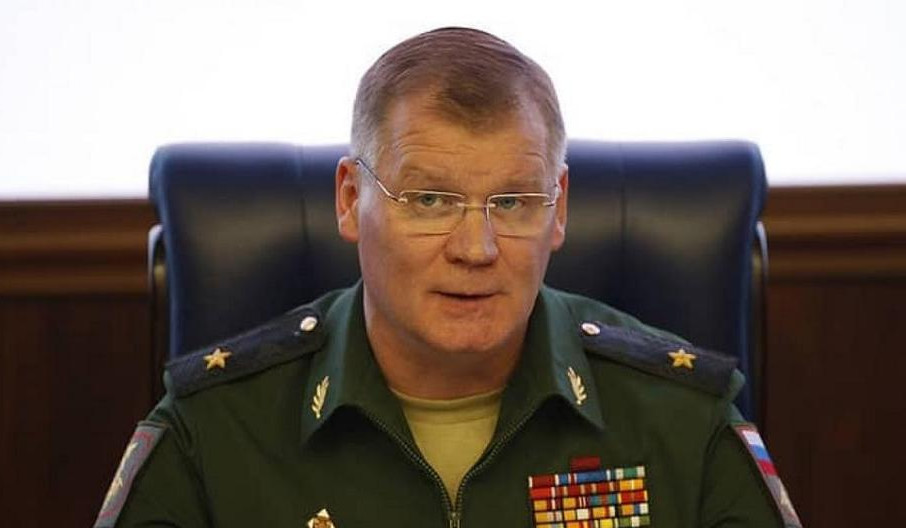 In total, 263 aircraft, 4,262 tanks and other armored combat vehicles, 3,273 field artillery, and 4,756 units of special military vehicles have been destroyed since the beginning of the special military operation, Konashenkov said.

On Sunday, Ukraine and Russia exchanged accusations over a fresh strike on the Zaporizhzhia nuclear power plant in southern Ukraine.

Zaporizhzhia is one of the largest atomic power complexes in Europe and generates a quarter of Ukraine's total electricity. It has been under the control of Russian forces since March and has been the scene of military strikes in recent days.

On Sunday, the TASS news agency reported that the administration of Energodar city, which is home to the nuclear power plant, blamed the Ukrainian army for the overnight attacks.

The city said Ukrainian troops launched a strike against the plant using the 220-mm Uragan multiple launch rocket system on Saturday night. The storage facility for spent nuclear fuel was in the affected area.

It added that the submunitions and the rocket engine fell within 400 meters of the operating power unit.

Ukraine's state-run nuclear energy operator Energoatom accused Russian forces of shelling the power plant, saying the latest rocket attacks on Saturday hit the area next to the plant's dry storage facility, where 174 containers with spent nuclear fuel were stored in the open air.

Energoatom said it is impossible to properly monitor the radiation situation at the site because three radiation monitoring detectors around the facility were damaged.