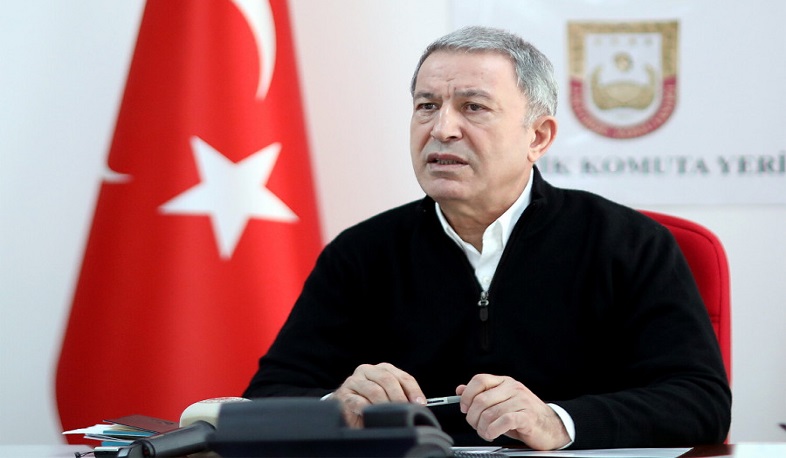 Turkey calls for U.S. understanding ahead of possible Syria operation

Turkish Defence Minister Hulusi Akar called on the United States on Thursday to show understanding over a possible new Turkish military operation in Syria, after Washington voiced its "strong opposition" to such a move, Reuters reports.
Turkey has been threatening a new incursion into northern Syria for months, and stepped up preparations last month after a deadly bomb attack in Istanbul it blamed on a Kurdish militants.
"The U.S. asked us to re-evaluate. We conveyed to them our sensitivities and thoughts, and asked them to keep their promises. We emphasised that they should understand us," Akar told reporters.
Turkey also asked allied countries that have a military presence in Syria not to allow local militias to use their flags and uniforms, Akar added. "We are reminding them that they should keep terrorists away from themselves and eventually they should cut their ties with terrorist organisations," he said.
Turkey sees the Kurdish YPG militia, the leading presence in the U.S.-allied Syrian Democratic Forces (SDF), as the Syrian wing of the PKK militant group and labels both of them as terrorist organisations.
The PKK is also considered a terrorist group by the United States and the European Union.
The PKK and SDF have denied involvement in the Nov. 13 bombing of a busy pedestrian avenue in Istanbul.
U.S. Defence Secretary Lloyd Austin on Wednesday told his Turkish counterpart of his "strong opposition" to a new Turkish military operation in Syria and voiced concern over the escalating situation in the county.
Views 172