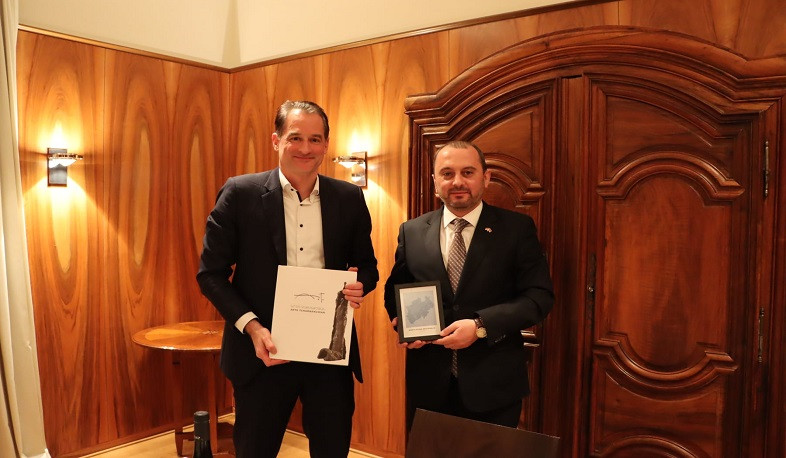 In the framework of the visit to Cologne, the Armenian Embassy’s delegation had a work meeting with the NRW Global Business agency’s representatives in the Industrie-Club of Düsseldorf. The Armenian Embassy in Germany posted on its Facebook page.

“The Industrie-Club of Düsseldorf, which was formulated on 1912 as a forum of economy and science, culture and policy, hosted famous figures and leaders. During the meeting, investments in Armenia, as well as possibilities of economic mutually beneficial cooperation between Armenia and North Rhine-Westphalia was discussed. The interlocutors agreed on taking steps to develop the economic ties”, the post says.