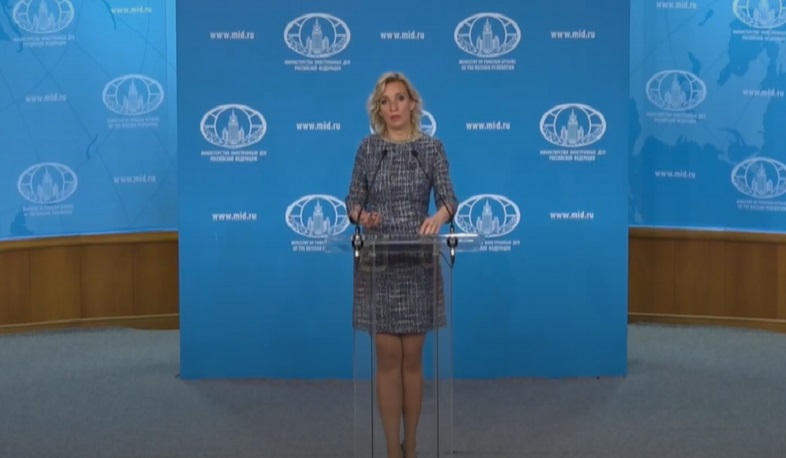 At this stage, Moscow considers it necessary to strictly adhere to all provisions of trilateral agreements: Zakharova

Moscow closely follows the process of normalization of Armenian-Azerbaijani relations, including the discussions on the settlement of the Nagorno-Karabakh conflict, official representative of the Russian Foreign Ministry Maria Zakharova said at the weekly briefing.

“We closely follow the ongoing discussions in Armenia and Azerbaijan on the signing of a peace treaty between the two countries and on the clarification of the Nagorno-Karabakh status,” Zakharova said.

“Therefore, at this stage, Moscow considers it necessary to strictly adhere to all the provisions of the trilateral agreements of November 9, 2020 and January 11, 2021. Russia hopes that these steps will help create conditions for the normalization of Armenian-Azerbaijani relations. Of course, this first and foremost concerns keeping of the ceasefire regime, solutions to complex humanitarian issues, as well as the lifting of blockade of economic and transport ties in the region. We hope these actions will help create conditions to achieve normalization of Armenian-Azerbaijani relations and a final political settlement,” Zakharova said.