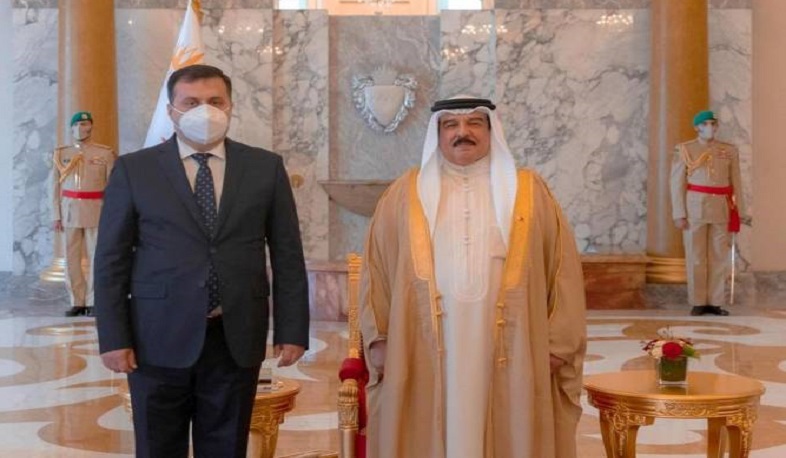 Armenia’s Ambassador presented his credentials to the King of Bahrain

On July 6, Ambassador of the Republic of Armenia to the Kingdom of Bahrain Mher Mkrtumyan (residence in Abu Dhabi) presented his credentials to King Hamad bin Isa Al Khalifa of Bahrain.

Speaking after the ceremony, Hamad bin Isa Al Khalifa congratulated Ambassador Mkrtumyan on his appointment and wished him a fruitful diplomatic mission. The King of Bahrain expressed hope that the Ambassador's activities will give a new impetus to Armenia-Bahraini cooperation.

Expressing gratitude for the wishes, Ambassador Mkrtumyan noted that he is keen to expand bilateral relations. Ambassador stressed the importance of deepening the cooperation in bilateral and multilateral dimensions, as well as the activation of trade and economic relations.