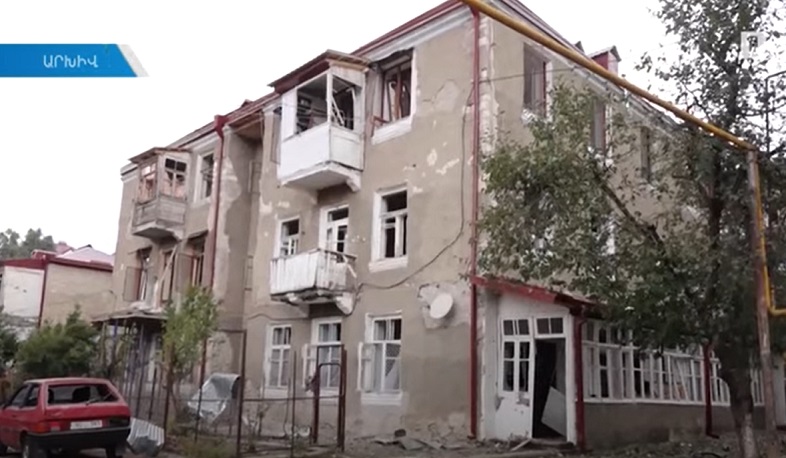 Crimes committed by Azerbaijan in 2016, left unpunished by the international community, repeated in 2020

Five years after the April Four-day war, four-year-old Kyaram is visiting his uncle’s grave...
After Kyaram Sloyan’s death (Yezidi soldier of Armenian Army, brutally killed in 2016 by Azerbaijani soldiers-ed.), three brothers vowed that whoever has a son, he must bear the name of the hero.
“My wife saw Kyaram in her dream. He said when Kyaram is born, buy a bracelet and write his name on it,” says Nver Sloyan, Kyaram Sloyan’s brother.
Besides Kyaram’s case, Armenia filed individual complaints with the ECHR over the beheading of two Armenian servicemen - Hrant Gharibyan and Major Hayk Toroyan. The cases are still in process. Armenia is awaiting a European Court ruling in the case of the torture of three elderly people in the village of Talish, as well as the 19 servicemen (in 2016-ed.).
“It is not only about Kyaram. There are several applicants. The process of presenting the position on the case in the court has been completed. Armenia is involved as a third party. We are currently waiting for the decision of the European Court,” says Yeghishe Kirakosyan, Representative of the Republic of Armenia before the European Court of Human Rights.
In September-November 2020, the war crimes of Azerbaijan are incomparably more numerous than those, committed in April 2016, in terms of scale, inhuman cruelty, and cases of torture of prisoners. In February, Armenia filed an interstate complaint against Azerbaijan for violations of the Convention during the 44-day war unleashed by Azerbaijan.
“At the moment we are still presenting evidence, because the trial in the court is just beginning, it will continue for a long time,” Kirakosyan says.
The Office of the Artsakh Human Rights Defender published an open and a closed report on the evidence of outrageous war crimes in 2016. Beheadings, torture of lifeless bodies, atrocities against prisoners. The gross violations of international conventions are undeniable.
“Ninety percent of the Armenian victims were tortured. Azerbaijan was not convicted for this; instead it welcomed the perpetrators of these atrocities,” says Gegham Stepanyan, Artsakh Human Rights Defender.
Azerbaijan’s impunity for war crimes committed five years ago allowed the Baku authorities to intensify their belligerent rhetoric and hate speech against Armenians.
On the fifth anniversary of April four-day war, the Ministries of Foreign Affairs of Armenia and Artsakh issued statements.
“The result of the implementation of this policy became the unleashing of a new military aggression by Azerbaijan against Artsakh in 2020 with the direct participation of Turkish-sponsored foreign armed terrorists, led to numerous irreversible human and material losses. Most of the territory of Artsakh (Nagorno-Karabakh) came under the military occupation of Azerbaijan, tens of thousands of citizens became refugees,” Armenia’s Foreign Ministry statement reads.
In addition to applying to the ECHR, specific torturers have been prosecuted in Armenia.
In 2020, Azerbaijan did not limit itself to war crimes - it committed crimes against humanity, targeted civilians.
“When we look at the course of the military actions, for example, targeted bombings in specific directions, it can also be described as a crime against humanity, because it is aimed at emptying specific settlements. That is, to force and intimidate the civilian population to leave their homes,” Kirakosyan says.
Armenia is waiting for the European Court to register Azerbaijan’s violations of the European Convention on Human Rights during the four-day and forty-four day wars and to demand compensation from Azerbaijan.
Kyaram’s brother is still waiting for the punishment of the criminals and goes to the border with a detachment named after his brother to defend the Homeland.
Views 144