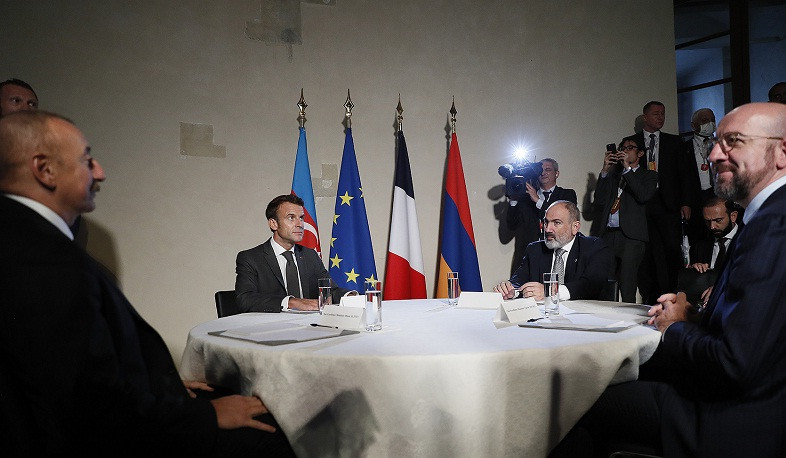 The statement of the meeting between Prime Minister Pashinyan, President Aliyev, President Macron and President Michel of October 6, 2022

The Armenian Government issued a statement after the meeting between the leaders of Armenia, Azerbaijan, France, and the President of the European Council. The statement reads:
Within the framework of the first meeting of the European Political Community in Prague, the Prime Minister of the Republic of Armenia Nikol Pashinyan and the President of the Republic of Azerbaijan Ilham Aliyev met on October 6, 2022 at the initiative of the President of the French Republic and the President of the European Council.
Armenia and Azerbaijan confirmed their commitment to the UN Charter and the Alma-Ata Declaration of 1991, through which both sides recognize each other's territorial integrity and sovereignty. They confirmed that this will serve as basis for the work of the commissions on delimitation and that the next meeting of these commissions will take place in Brussels by the end of October.
Armenia expressed agreement to support the EU civilian mission along the border with Azerbaijan. Azerbaijan agreed to cooperate with the mentioned mission to the extent it will be concerned. The mission will start its work in October, for a maximum period of two months. The purpose of the mission will be to build confidence and, through its reports, support the border commissions.
Views 8964