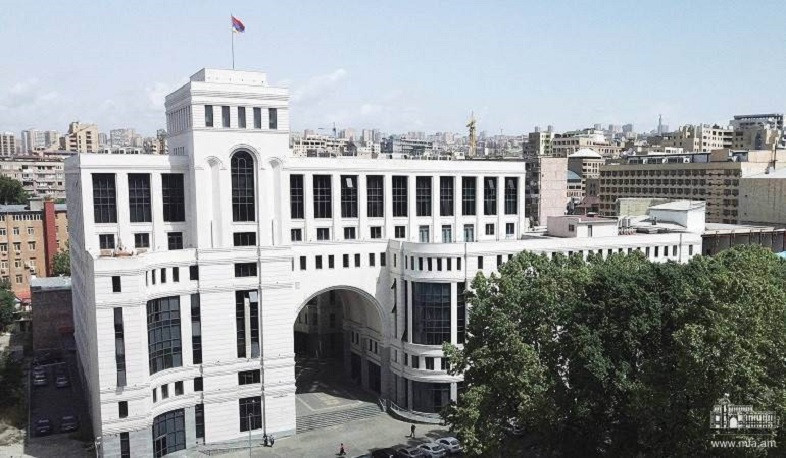 Foreign Ministry of Armenia issued a statement on the occasion of the second anniversary of the war unleashed by Azerbaijan against Artsakh.
“Two years ago, on September 27, Azerbaijan, blatantly neglecting the UN Charter and the Helsinki Final Act, unleashed a large-scale war against Artsakh and its people.
Today, we once again bow our heads and commemorate the fallen warriors of the 44-day war, who fought to stop the existential threat our compatriots were facing․
The war unleashed by Azerbaijan against Nagorno-Karabakh is a criminal manifestation of Azerbaijan's state policy of ethnic cleansing of Armenians of Artsakh, depriving them of the right to live and create freely and safely in their historical homeland, and, thus, resolving the Nagorno-Karabakh issue by force. This is evidenced by the continuous warmongering, maximalist and Armenophonic statements of the top leadership of Azerbaijan both before and during the war, as well as in the post-war period.
Throughout the 44-day war, the Azerbaijani armed forces committed gross violations of international humanitarian law and human rights, war crimes and other mass atrocities, deliberately targeting the peaceful population, civilian infrastructure and towns and villages, as well as cultural monuments with the use of missile and air strikes, including prohibited weapons. The captured Armenian servicemen and civilians were subjected to inhumane treatment, and torture and, extrajudicial killings.
Numerous humanitarian issues still remain unaddressed. Azerbaijan continues to hold Armenian prisoners of war and civilians as hostages, and the fates of hundreds of missing and forcibly disappeared persons resulting from the First and 44-day Karabakh wars remain unclarified.
The consistent policy of destruction of Armenian regional and historical-cultural heritage and distortion of their identity in the territories fallen under the control of Azerbaijan continues to the present day. The UN International Court of Justice delivered its clear assessment to these crimes, finding that there is an imminent risk of irreparable harm to the rights of the Armenians under the “International Convention on the Elimination of All Forms of Racial Discrimination”. In this case, it is more than urgent to ensure the unhindered access and activities of relevant international humanitarian structures in and around Nagorno-Karabakh.
Inspired by the inadequate response of the international community to the unleashed aggression and the crimes committed against the people of Nagorno-Karabakh, on May 24 and November 16, 2021, and on September 13, 2022, the Azerbaijani armed forces resorted to large-scale military aggression against the sovereign territory of the Republic of Armenia.
The realities resulting from the use of force and mass violations of human rights, as well as the continuous military aggressions carried out by Azerbaijan against Armenia and Artsakh in the post-war period undermine efforts towards establishing regional stability and security.
Even today, with the use of force and the threat of use of force, Azerbaijan attempts to realise its maximalist aspirations, rejecting even the fact of the existence of Nagorno-Karabakh as a territorial unit and the Nagorno-Karabakh conflict.
The Republic of Armenia categorically rejects the approach of resolving issues through the use of force and the threat of use of force, and reiterates its commitment to the establishment of lasting and comprehensive peace and stability in the region through peaceful negotiations”.
Views 766