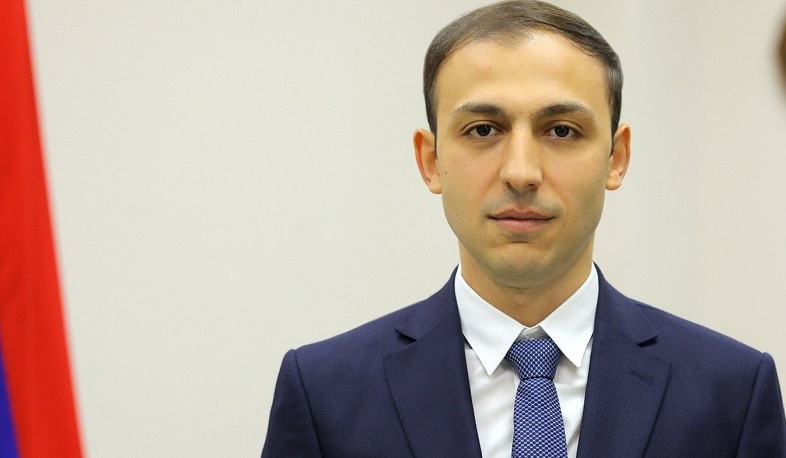 Whether status is goal or means – realities from point of view of human rights and criminal intentions of Azerbaijan do not change: Artsakh Ombudsman

In the discourse on the status of Artsakh (Nagorno-Karabakh), it may sometimes be misunderstood that the implementation of international mechanisms for security and human rights protection can serve as a basis for forcibly attaching Artsakh to Azerbaijan again. Such delusions of the international community must be completely eliminated, by presenting not only the numerous war crimes committed by Azerbaijan during the 2020 war, manifestations of Armenophobia having no bounds, but also the discriminatory and destructive situation for the Armenians of Artsakh in a certain historical period, during the 70-year subjugation to the Azerbaijani SSR, Human Rights Defender of Artsakh wrote on his Facebook.

“The facts of the recent past recorded in the statistical bulletins of the soviet times, clearly and unequivocally show the obvious manifestations of discrimination. Furthermore, special attention must be paid to the fact that such a discriminatory policy was pursued by the Soviet Azerbaijani leadership during the period of Soviet internationalism and declared principles of brotherhood which proves that no mechanism can stop Azerbaijan from its invariable goal - to evict Armenians from Artsakh and directly appropriate the territory of Artsakh. 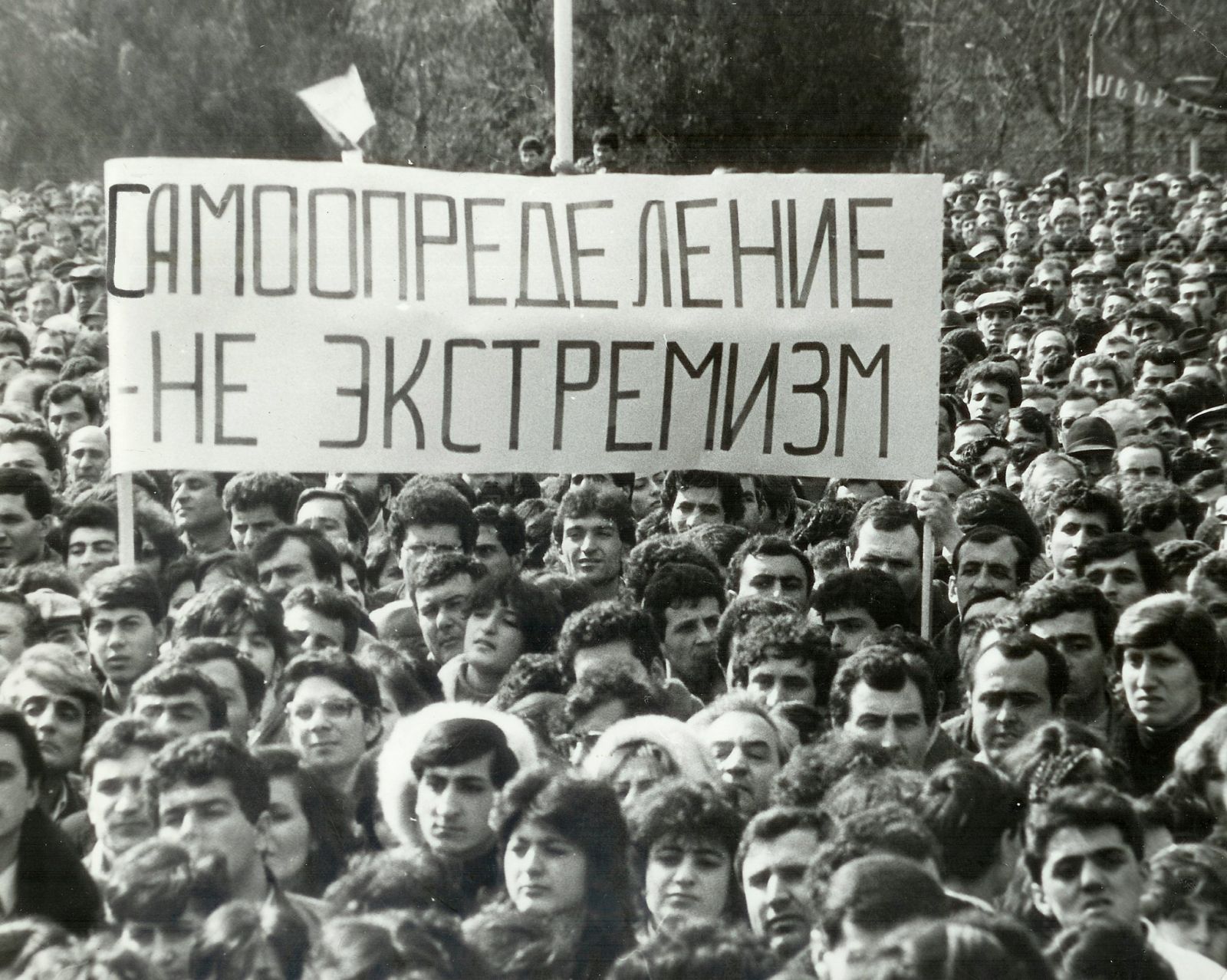 • Official maps published during the Soviet years show that the borders and territories of the Nagorno-Karabakh Autonomous Oblast formed in a small part of historic Artsakh have been constantly changed during the 70 years as part of Soviet Azerbaijan, as a result of which the NKAO Armenians lost their land connection with Armenia. Besides, settlements inhabited by Azerbaijanis were artificially formed near the Armenian communities which were soon removed from the subordination of the Oblast and placed under the subordination of the neighboring Azerbaijani regions. Moreover, those Azeri communities used to be established in strategically important areas – near the roads, on or nearby of fertile arable lands, with positions surrounding the Armenian villages and towns from several sides.

• A policy of changing the demographic composition of the population of the Nagorno-Karabakh Autonomous Oblast in favor of the Azerbaijanis has always been realized, especially since the 1960s. This fact was also recorded in an interview with the Azerbaijani media by the leader of the Soviet Azerbaijan Heydar Aliyev in which he claimed that he pursued a policy aimed at removing Armenians from the Nagorno-Karabakh and resettling the region with Azerbaijanis. As a result, the Armenian population of the region which had high rates of natural growth did not grow, instead, the number of Azerbaijanis grew. With the opening of the Stepanakert Pedagogical Institute, thousands of Azerbaijanis had been brought to Stepanakert from the NKAO adjacent regions who had one task – to stay in Stepanakert after graduation. 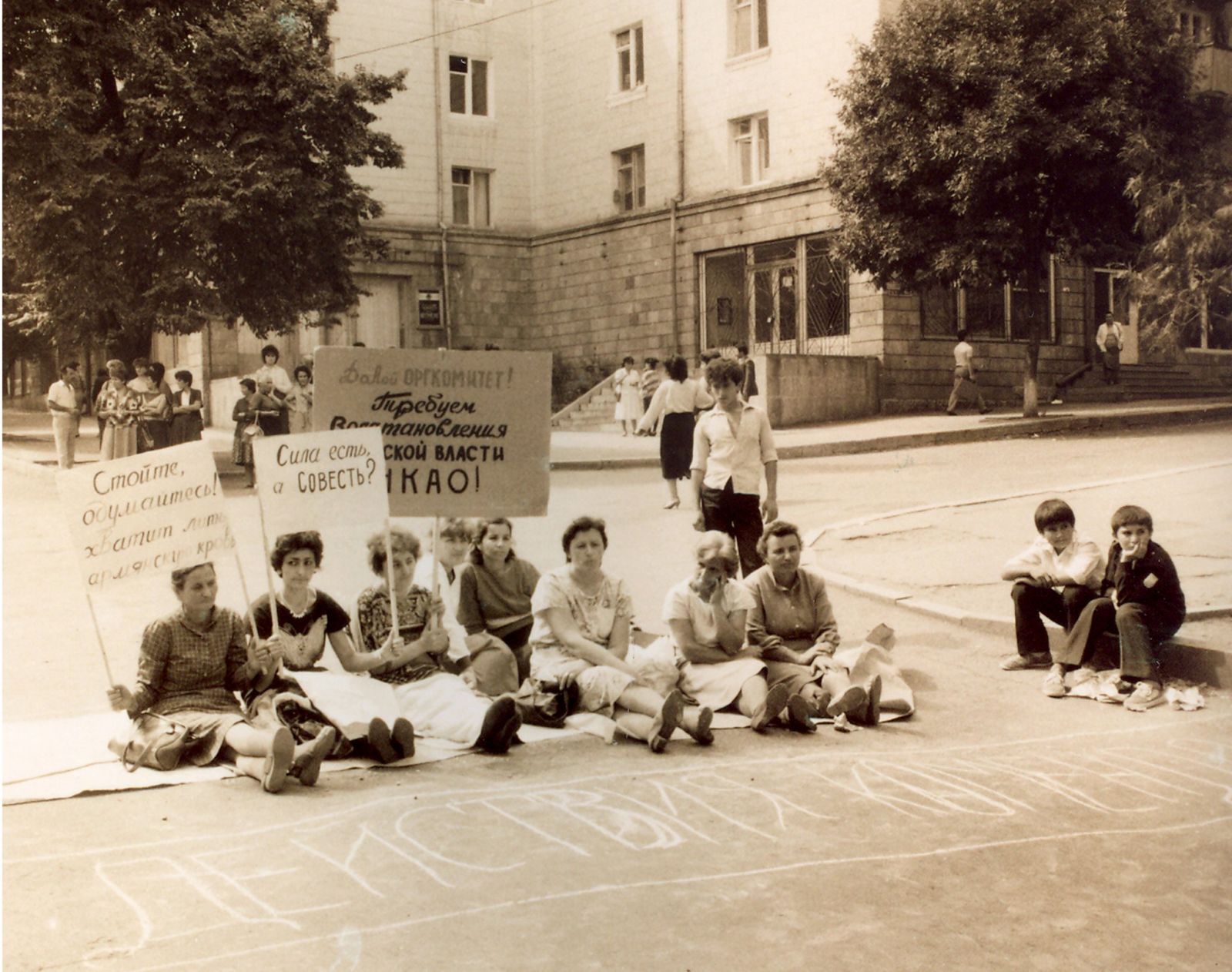 • An economic discriminatory policy was pursued toward the Nagorno-Karabakh Autonomous Oblast. High production plans were set for the NKAO’s collective farms that did not correspond to the potential. In fact, the NKAO produced a lot but received incomparably less funding from the Baku authorities. This is the case when the neighboring Azerbaijani regions which did not have such productivity, had a higher standard of living. The Oblast had become a row material anchor for the Azerbaijani SSR. A number of institutions and industrial enterprises were artificially and unjustifiably placed under the subordination of the regions not part of the NKAO at a distance of 40-100 km (for example, for a while Stepanakert bakery was under the subordination of Akna (Aghdam), the Construction Department of the Oblast was subordinated to Mingechavur (120 km away), the Stepanakert cement-concrete factory was subordinated to the Barda Region, 60 km away, and so on).

Whenever the intelligentsia of the NKAO and Armenian SSR spoke for the restoration of the historical justice and about returning the Region to the Armenian SSR, the leadership of Soviet Azerbaijan would make false projects to improve living standards in the Oblast which were not implemented but were aimed at throwing dust into Moscow’s eyes and misleading them from the raised dissatisfaction.

• Despite the fact that the Armenian Apostolic Church has been active in preserving spiritual customs among the Armenians since the 1950s, the Artsakh Diocese reopened only in 1989. The Armenian churches of Artsakh were turned into barns and warehouses. While the Muslim traditions were preserved and freely realized in different Azerbaijani communities, Armenian spiritual-cultural traditions were suppressed and eliminated in Artsakh.

• For about 70 years the Armenian population of the Nagorno-Karabakh Autonomous Oblast was deprived of the opportunity to hear its native language on TV and to partake in its own culture. The Region did not have a separate television, the Armenian TV channel was not broadcast in the NKAO, and only Azerbaijani television was broadcast, airing Armenian news twice a week for half an hour about Azerbaijan and Azerbaijanis.

These are the facts that are recorded in the bulletins and press of that period. In a letter to the central authorities in Moscow in the 1960s, the intelligentsia of Artsakh expressed the following idea: “Our condition is even worse now than during the Turkish-Musavat and British conquest in 1918-1920. Everything happens under the guise of friendship and brotherhood.”

There are also other manifestations of discrimination and separation of the NKAO Armenians from the Armenians living in the motherland about which the eyewitnesses and the people who lived at that time testify:

• You can hardly find houses and buildings made of Armenian pink tuff in Stepanakert, as it was banned only because it reminded the NKAO Armenians of Armenia. There had been long disputes over the construction of the monument “We and Our Monuments” (Tatik-Papik) with tuff because Baku was against the installation of the monument, especially made of tuff.

• The streets of Stepanakert were named after the Azerbaijani names incomprehensible and unknown to the Armenians. There were a few streets named after prominent Armenian figures who were mainly famous in Soviet times.

• They deliberately created obstacles for specialists with higher education from Yerevan so that they leave the NKAO having no job.

• There was a shortage of many products in Stepanakert, while everything could be found in the markets of Akna (Aghdam), 40 km away from Stepanakert. During different events, the people of Stepanakert used to go to Akna to trade.

Whether the status is a goal or a means – the realities from the point of view of human rights and the criminal intentions of Azerbaijan do not change.”