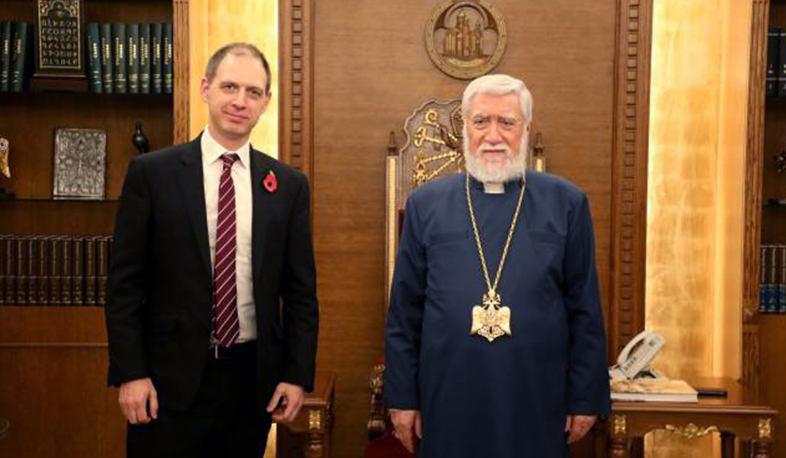 Aram I, the Catholicos of Cilicia received Ian Collard, the Ambassador of Great Britain to Lebanon. At the meeting, His Holiness welcomed the first step of recognizing the Armenian Genocide by the Parliament of the United Kingdom. Holy See of Cilicia reports.

“In the English Embassy of Lebanon, Ambassador Ian Collard visited Aram I Catholicos and they had a long meeting. They discussed issues related to the Middle East and particularly Lebanon.

Welcoming the first step of recognizing the Armenian Genocide by the UK Parliament, His Holiness appreciated Armenian people of England for the support on the trial”, the message says.