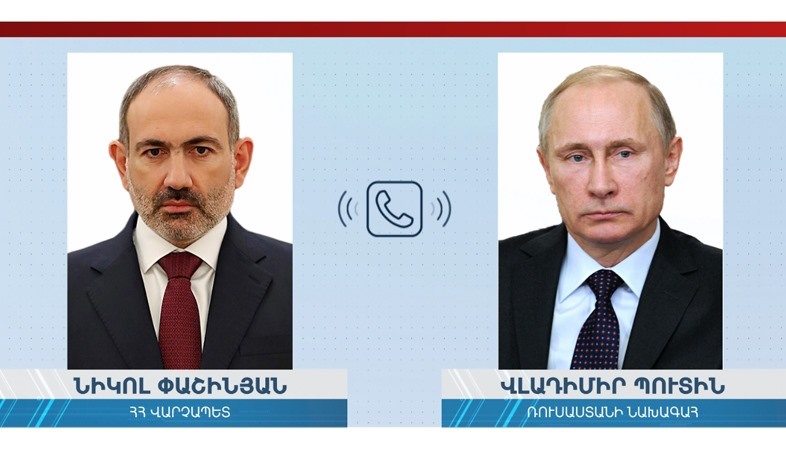 Pashinyan informed the Russian President about the situation caused by the incursion of the Azerbaijani armed forces to Armenia’s sovereign territory, the Syunik province.

Vladimir Putin considered further escalation impermissible and expressed hope for the quick stabilization of the situation and for the creation of necessary conditions for the fulfillment of agreements reached by the 2020 November 9 and 2021 January 11 trilateral statements. The Russian side has reaffirmed its readiness to continue the active mediation efforts for ensuring stability in the region.

The officials agreed that the solution of this issue must be expressed by the return of Azerbaijani troops to their initial positions.