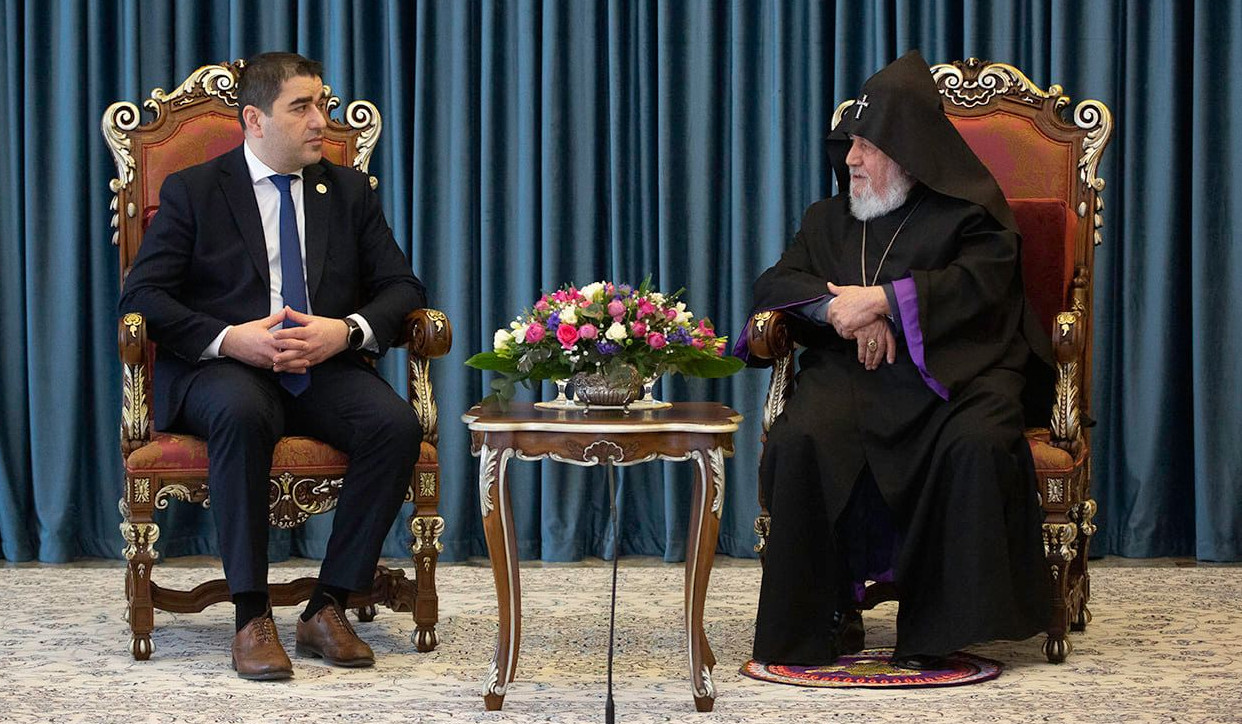 At meeting with Speaker of Georgian Parliament, Karekin II thanked for mediation efforts for return of captives

On April 6, Catholicos of All Armenians Karekin II hosted a delegation led by the Speaker of the Georgian Parliament Shalva Papuashvili, who is on an official visit to Armenia, in the Mother See of Holy Etchmiadzin.

Welcoming the visit of the Speaker to Armenia and to the Mother See of Holy Etchmiadzin, His Holiness highlighted such mutual visits and the expanding cooperation between the two countries, noting it in line with the centuries-old friendship of the peoples.

His Holiness, referring to the close relations established between the two countries during the years of independence, noted that the Armenian-Georgian peoples have overcome many difficulties together to preserve their national identity and spiritual values.

Touching upon the challenges facing the Armenian and Georgian peoples and the difficult situation in the region, the Armenian Patriarch stressed that the two countries, regardless of their interests and positions, should support each other for the welfare and security of the brotherly peoples.

The Catholicos of All Armenians expressed his gratitude to the Georgian authorities for their caring attitude towards the Armenian community, their efforts to strengthen the churches of St. Astvatsatsin and Surb Nshan in Norashen, as well as for the mediation efforts for the return of prisoners of war and stability and peace in the region.

The Catholicos of All Armenians also conveyed his fraternal greetings and best wishes to the Head of the Georgian Orthodox Church, Catholicos-Patriarch of All Georgia Ilia II.

In turn, the Speaker of the Georgian Parliament Shalva Papuashvili, referring to the situation in the region, said that there is no alternative to peace, and that it is the strongest guarantee for the development of the two countries.

Papuashvili also spoke with satisfaction about the positive results of the visit, the current cooperation between the two countries and the prospects for its development, informing about the measures to be taken in that direction. The Speaker of the Georgian Parliament also highlighted the closer relations between the two peoples.

During the conversation, the Catholicos of All Armenians also expressed his concerns over the policy of destruction and appropriation of the Armenian cultural and cultural heritage in the territories under the control of Azerbaijan, as well as the ongoing encroachments on Artsakh (Nagorno-Karabakh) and Armenia. 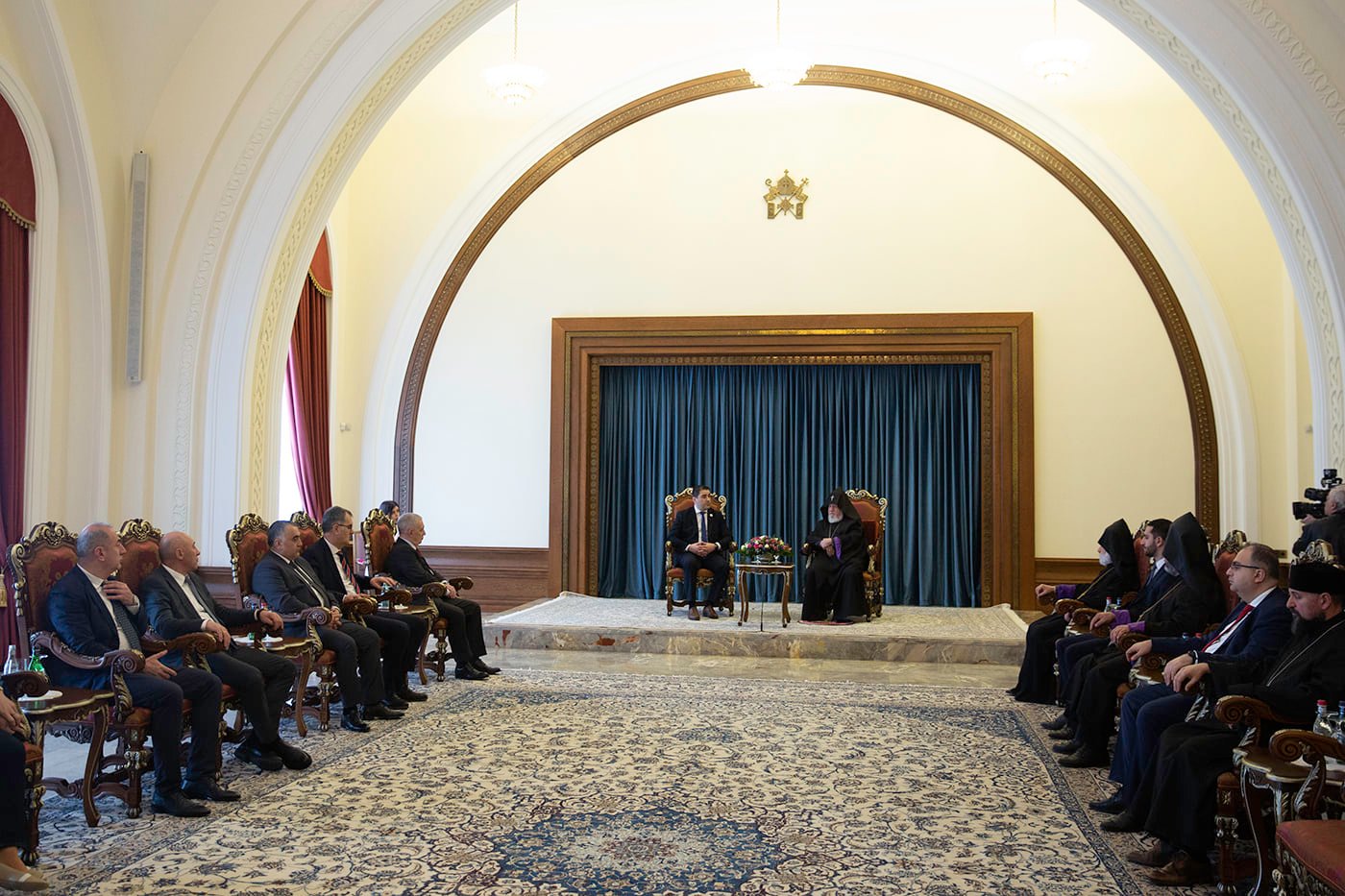 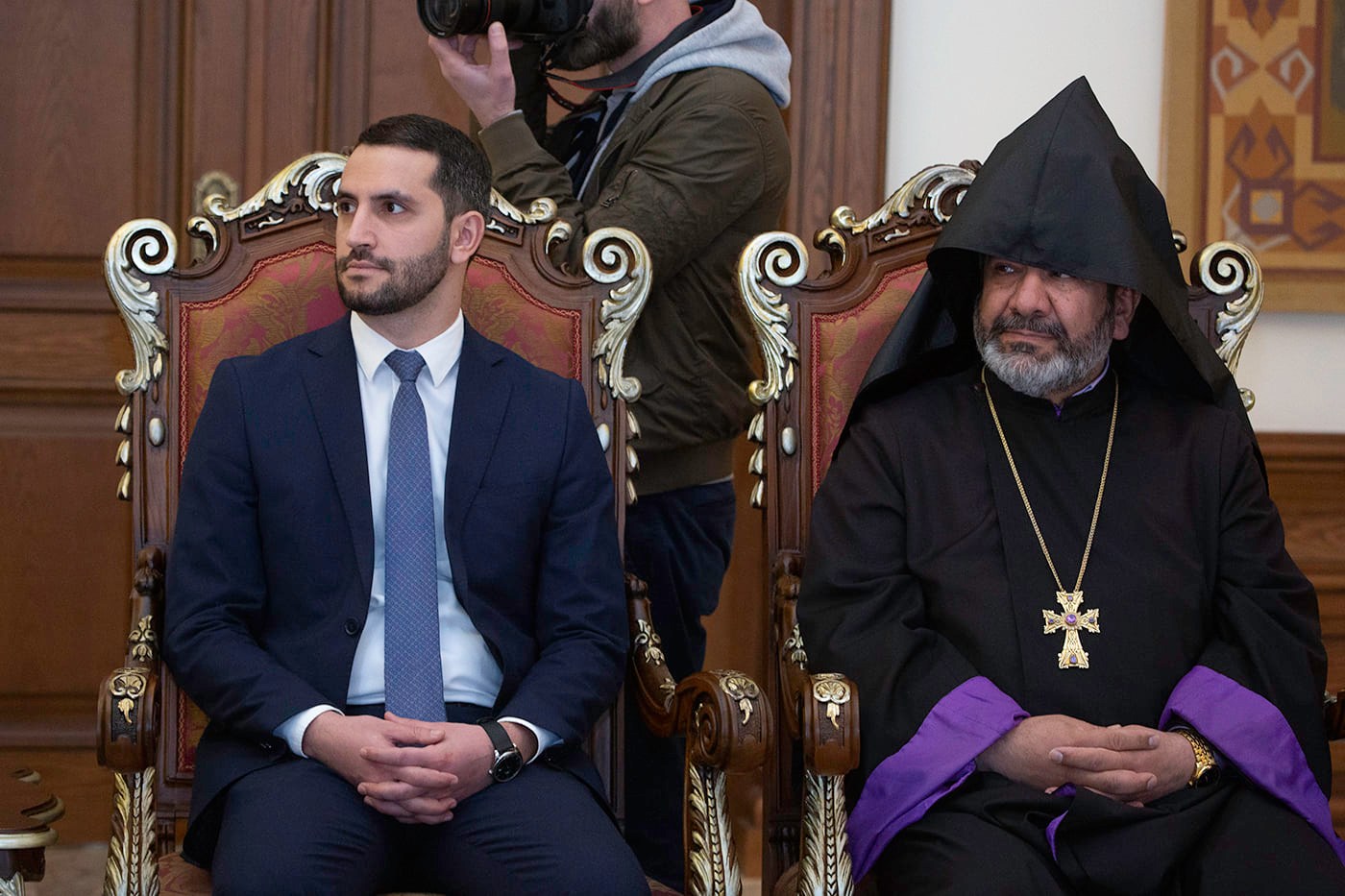