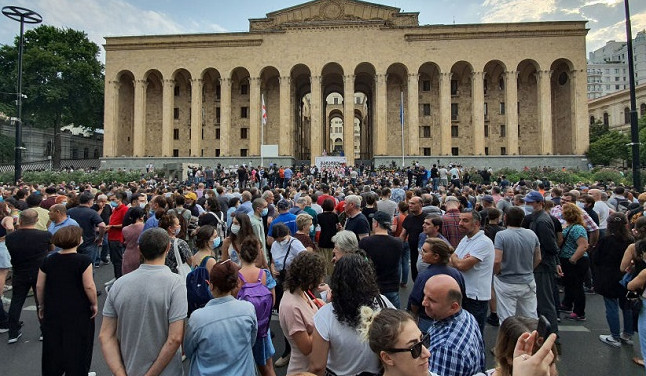 Georgian media representatives, politicians and civil activists are holding another protest rally in front of the parliament in Tbilisi, demanding the resignation of Prime Minister Irakli Garibashvili, TASS reports.

The riots in the neighboring country were caused by the death of a cameraman of a Georgian TV channel.

The protesters occupied the square in front of the parliament, as well as Rustaveli Avenue. The road is closed for cars.