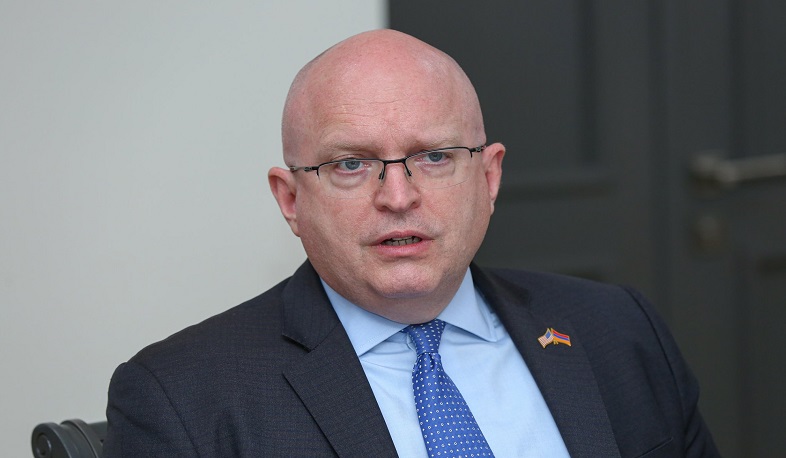 Azerbaijani Armed Forces must withdraw to positions as of May 11: Philip Reeker at Armenia’s Foreign Ministry

Acting U.S. Assistant Secretary for European and Eurasian Affairs Philip Reeker was hosted at the Foreign Ministry of Armenia.

During the meeting, high-level foreign ministry officials of Armenia and the USA discussed a broad scope of issues of bilateral interest. A special attention was paid to Nagorno-Karabakh conflict settlement, the necessity for an immediate return of Armenian POWs and civilian detainees, as well as the situation created by the penetration of the Azerbaijani forces into the sovereign territory of the Republic of Armenia.

The sides reaffirmed the key role of the OSCE Minsk Group Co-chairs' format for the settlement of Nagorno-Karabakh conflict and highlighted the unhindered entry of humanitarian aid to Artsakh.

Philip Reeker emphasized the necessity for easing the tensions on the Armenian-Azerbaijani border, reaffirming the May 27 statement of the Department of State, according to which the Azerbaijani armed forces should withdraw to their positions of May 11.

They also exchanged views on the agenda of human rights protection and prevention of crimes against humanity. The sides also stressed the importance of the recognition of the Armenian Genocide as an effective tool for preventing similar crimes in the future.

The further work carried out in the framework of the Armenia-US strategic dialogue was discussed, too.