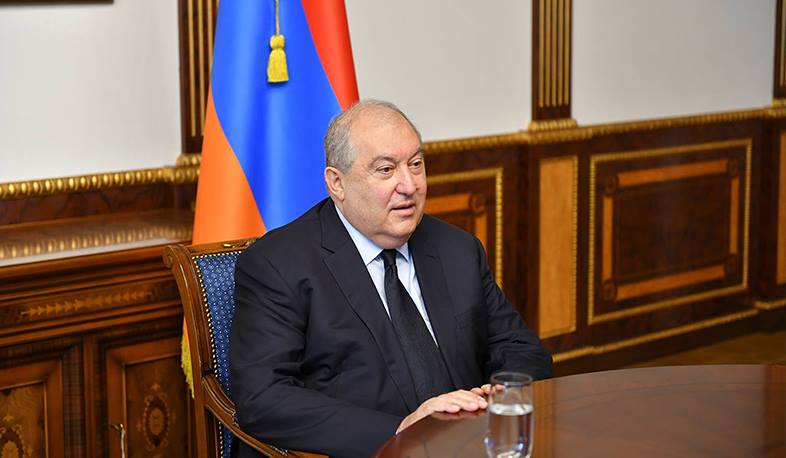 At the online meeting of the well-known ‘Horasis’ International Analytical Center, the President of Armenia, speaking as a keynote speaker, touched upon the issue of Armenian prisoners of war (POWs) and civilians, not being returned by Azerbaijan.

Hundreds of Armenian POWs are still in Azerbaijan after the ceasefire. The Armenian side returned everyone, but Azerbaijan did not. In order to look to the future after the war, one had to think about building an atmosphere of stability and trust with the neighbors, but, according to President Armen Sarkissian, you cannot create an atmosphere of trust when hundreds of families in Armenia are waiting for their children to return.

Answering the moderator’s question, how difficult it is for a country or people to love their neighbor, if there is a war, President Sarkissian particularly said:

“To love does not mean that you can start normalizing relations tomorrow. But that's the way to pass today. Armenians and Turks cannot try to live together for 100 or 200 years without realizing that they should at least respect each other’s rights. Decide whether respect for each other can be called love. But it is important to respect each other's rights. If Azerbaijan returns prisoners of war today, I assure you, some Armenians will somehow, albeit with difficulty, appreciate it.”