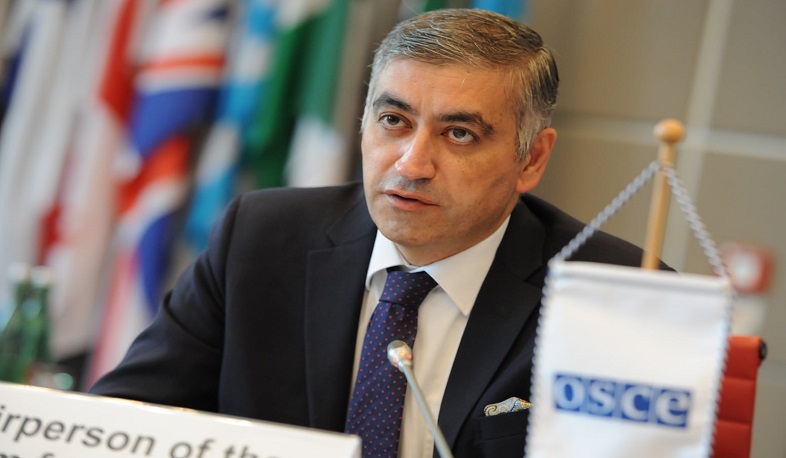 On June 9, the session of the OSCE Forum for Security Co-operation (FSC) chaired by Ambassador Armen Papikyan, Head of the Armenian Mission to the OSCE, was held to discuss regional security structures with an emphasis on the Collective Security Treaty Organization (CSTO).

Opening the session, Ambassador Armen Papikyan, President of the OSCE Forum for Security Co-operation (FSC), stressed the importance of co-operation and coordination of efforts between different regional security organizations to effectively combat the growing challenges.

The OSCE member states were presented the gross violations of international humanitarian law committed by the Azerbaijani armed forces during the war in 2020 with the involvement of Turkey and foreign terrorist militants, including the deliberate systematic targeting of civilians and infrastructure, the use of weapons containing cluster and chemical elements, and destruction of Artsakh’s cultural heritage.

It was stated that Armenian prisoners of war (POWs) and hostages continue to be held captive, which is a gross violation of international humanitarian law.

The attention of the participating states was also drawn to the inadmissibility of the incursion of the Azerbaijani armed forces into the sovereign territory of the Republic of Armenia by the provocations carried out by them, as a result of which one serviceman of the Armenian Armed Forces was killed and six were taken captive.

The speakers and the member states touched upon the main directions of the CSTO activity, the OSCE-CSTO cooperation and the prospects of its strengthening.