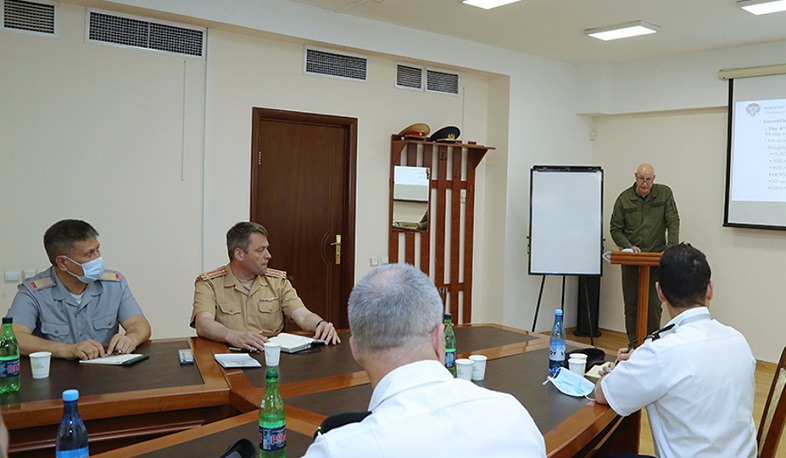 On May 17, a meeting with Military attachés accredited in Armenia was held at the administrative building of the Ministry of Defense.

According to the Ministry press service reported said that Chief of the Department of Defense Policy of the Ministry of Defense of Armenia Levon Ayvazyan presented the situation emerged after the encroachments on some border areas of Armenia’s Syunik and Gegharkunik provinces by Azerbaijani armed forces under the pretext of  “border adjustment” since May 12 and the steps aimed to prevent the advance.

Despite the fact that as a result of the reached agreement some Azerbaijani military returned to their initial positions, some of them are still in the territory of the Republic of Armenia.

It was once again stressed that encroachments on the sovereign territories of Armenia are absolutely unacceptable, the Azerbaijani side must return to its starting positions without preconditions.