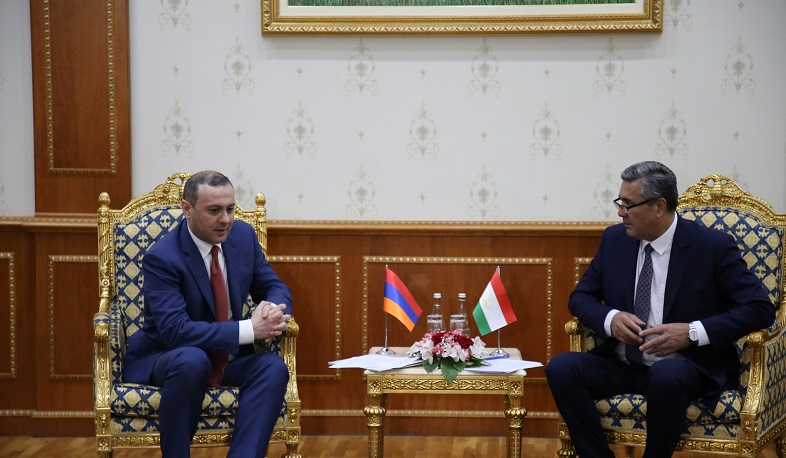 He reported that he briefed the situation on the Armenian-Azerbaijani border taking into consideration the recent events and the circumstance of applying to the CSTO by Armenia.

“I have highlighted the role of the CSTO in the issue, alongside, I particularly outlined the position of Tajikistan as current presiding country in the CSTO, stressing that the created situation is unprecedented for the CSTO and in this regard is a special trial and image issue for its international security structure,” Grigoryan stated.

The Security Council Secretary stressed that Armenia considers the situation as encroachment on its sovereignty and territorial integrity and expects equivalent response of the CSTO member states in the sidelines of allied commitments.

The interlocutors also discussed the issues on the toolkits envisaged by the CSTO charters and documents and possible variants of response.

Nasrullo Makhmudzoda emphasized the applying of all possible mechanisms for the soonest solution of the issue, expressing readiness to support in the sidelines of the CSTO, as representative of presiding country, to the peaceful and expedient settlement of the issue.

“In the context of current situation we highlighted the session of the CSTO council of foreign ministers to be conducted in Dushanbe in upcoming days,” Grigoryan stated.