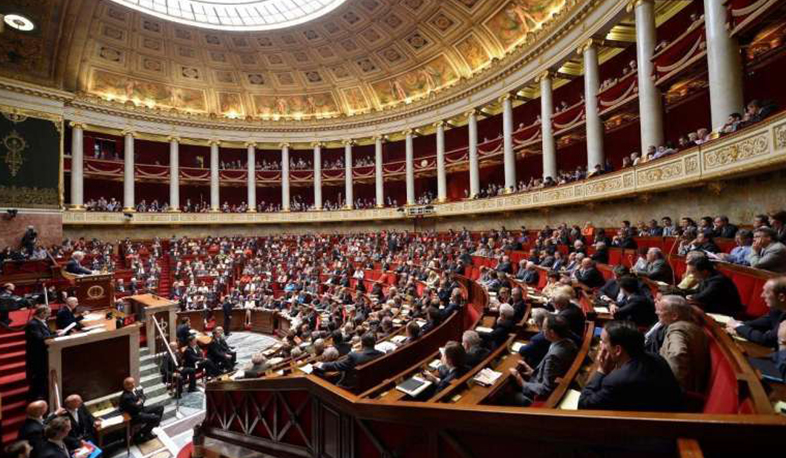 Seven members of the French National Assembly condemned Baku’s provocation in Armenia’s Syunik province, calling on France and the whole of Europe not to allow Azerbaijan to destabilize the situation in the region.
It is stated that Azerbaijan, ignoring international law, has deployed a new military force in the territory of the Republic of Armenia. The deputies called on Azerbaijan to immediately stop the attacks, which are full of serious threat for peace and security in the region. 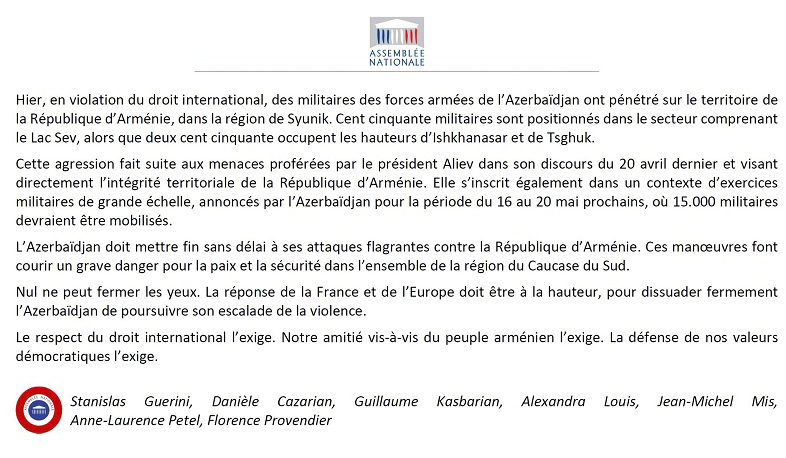