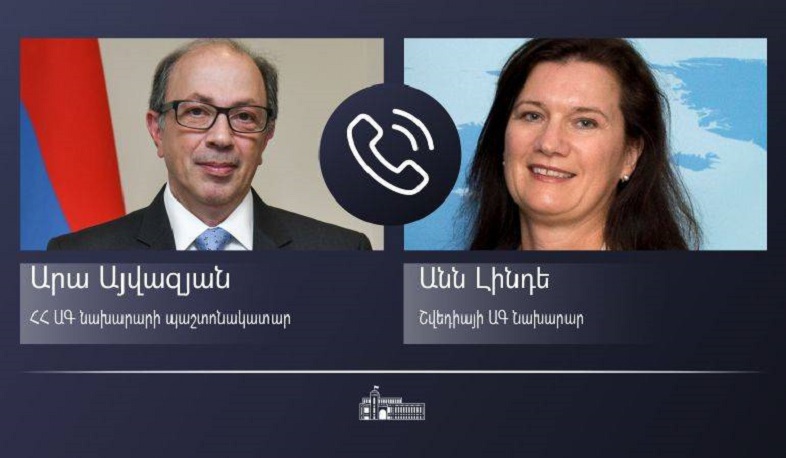 Acting Minister Aivazian briefed Mrs. Linde on the situation in Armenia’s Syunik province as a result of the actions of the Azerbaijani Armed Forces, noting that the encroachment attempts on the sovereign territory of the Republic of Armenia in violation of international law are inadmissible.

Aivazian and Linde agreed that such actions are a serious challenge to regional security and peace. In this context, the Acting Minister noted that the actions of Azerbaijan against the territorial integrity and sovereignty of an OSCE member state and the preceding threats are a direct result of the war unleashed against the people of Artsakh (Nagorno-Karabakh) on September 27 last year.

The parties reaffirmed their commitment to make joint efforts to maintain security, peace and stability in the OSCE region, Armenia’s Ministry of Foreign Affairs reports.