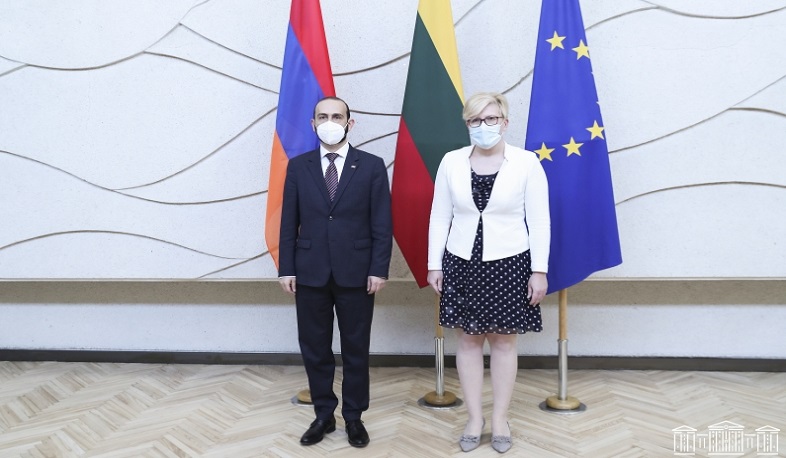 The Delegation of the RA National Assembly led by the NA Speaker Ararat Mirzoyan on an official visit to the Republic of Lithuania met with the Prime Minister of Lithuania Ingrida Šimonytė.

Welcoming the Armenian Delegation in the Government of Lithuania, the Head of the executive body has noted that the relations dynamically develop, and Lithuania is ready to continue deepening the cooperation with Armenia.

Thanking the Prime Minister for reception, in his turn Ararat Mirzoyan has highlighted the collaboration with Lithuania in the bilateral format and the in the framework of Armenia-European Union relations, where the enactment of the Comprehensive and Enhanced Partnership Agreement has a great role, and Lithuania has been among the first European countries ratifying it.

During the talk the situation existing over the Nagorno-Karabakh conflict, the problem of the return of the prisoners of war, the cooperation between the two countries in overcoming the new coronavirus pandemic, as well as the agenda of the reforms being made in Armenia and the expecting snap parliamentary elections were touched upon.