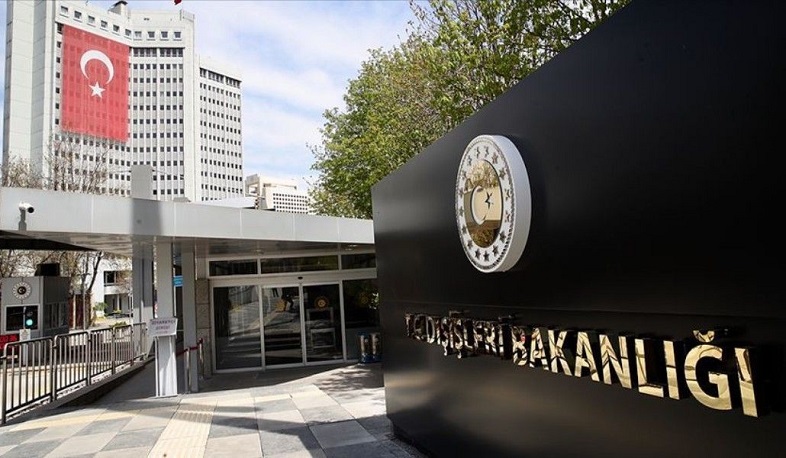 The Turkish Foreign Ministry has reacted to the Latvian Parliament’s adoption of a resolution condemning the Armenian Genocide, calling it an attempt to retell history for political reasons, Ermenihaber reports.

“The decision of the Latvian Parliament today to recognize the events of 1915 as genocide is an illegal attempt to rewrite history for political purposes. We reject and condemn this unsuccessful and illegal decision. Parliaments are not mechanisms for writing history and administering justice.

This initiative also contradicts the UN Convention on the Prevention and Punishment of the Crime of Genocide, adopted in 1948, as well as the decision made by ECHR in 2013 and 2015 (refers to the verdict against Switzerland in the case of Turkish ultra-nationalist Doğu Perinçek - ed.), which show the disputed nature of the events of 1915,” a statement posted on the Turkish Foreign Ministry’s website reads.