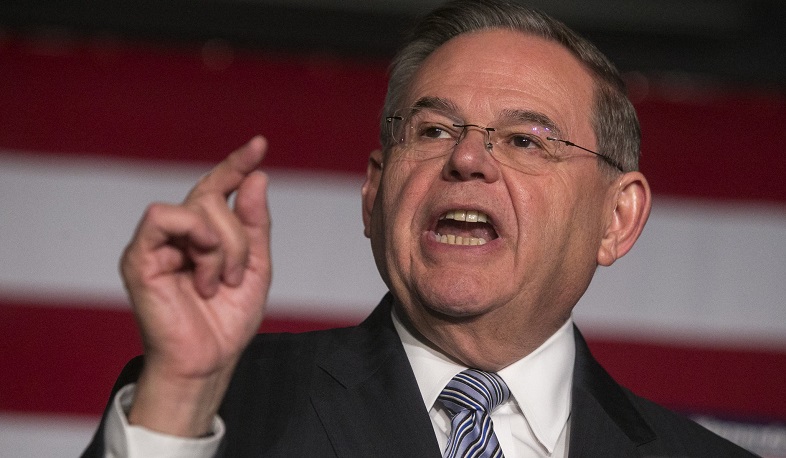 The same policy should be continued by US State Department after Biden’s recognition of Armenian Genocide: Bob Menendez

Senator Bob Menendez - Chairman of the Senate Foreign Relations Committee - speaks with ANCA Executive Director Aram Hamparian about the real story behind U.S. recognition of the Armenian Genocide - by the Congress and the White House - and key issues including the release of Armenian POWs, aid to Artsakh, etc.

“That was key to convincing many of my hesitant colleagues to speak the truth of the Armenian Genocide,” Menendez noted.

“Now that the President has recognized the Armenian Genocide, it will be the policy of the entire State Department to continue to do so. I do hope and believe that whoever the next Ambassador will be to Armenia, at the commemoration next April 24th will be, for the first time, a commemoration where a U.S. diplomat will use the appropriate words to describe what happened - and they will use the word genocide. And that is an earth shattering moment because it is not just the recognition, it's the message it sends to other countries who have not yet recognized the Armenian Genocide that maybe you should be doing so as well.”

On challenges facing Armenia and Artsakh, Sen. Menendez expressed his serious concern over the Armenian prisoners of war (POWs) who have not yet been returned to Armenia.

“I am deeply concerned at the suggestion that everything is resolved as a result of the conflict - it is not. So we will need diplomacy to pursue the arrangements that were made to try to find a pathway forward in peace,” said Bob Menendez, Chairman of the US Senate Foreign Relations Committee.