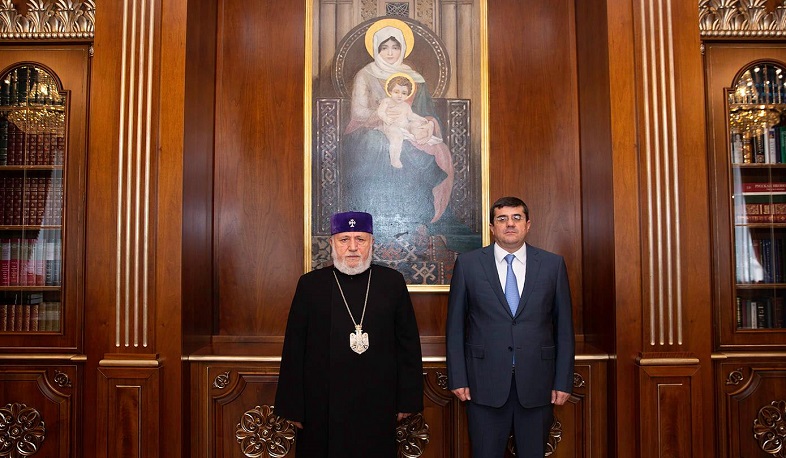 On April 17, Catholicos of All Armenians, His Holiness Karekin II received president of Artsakh Arayik Harutyunyan at Mother See of Holy Etchmiadzin.
The Catholicos of All Armenians and the President of Artsakh discussed the challenges facing the Armenians of Artsakh (Nagorno-Karabakh) and the measures aimed at the elimination of the consequences of the second Artsakh war. In this context, the sides highlighted the consolidation of national efforts and potential for supporting the people of Artsakh.
During the conversation, reference was made to the programs of the Mother See of Holy Etchmiadzin, particularly, the programs of the Mother See of Holy Etchmiadzin for the spiritual care of the families of the killed captive servicemen, and the missing.
In this regard, the President of Artsakh thanked His Holiness for the support of the Mother See and its dioceses around the world during the war and in the post-war period.
Karekin II and Arayik Harutyunyan also referred to the steps initiated by the Armenian Holy Church aimed at the protection of Armenian historical-cultural heritage in the territories of Artsakh occupied by Azerbaijani forces and protecting them from vandalism.
Views 85