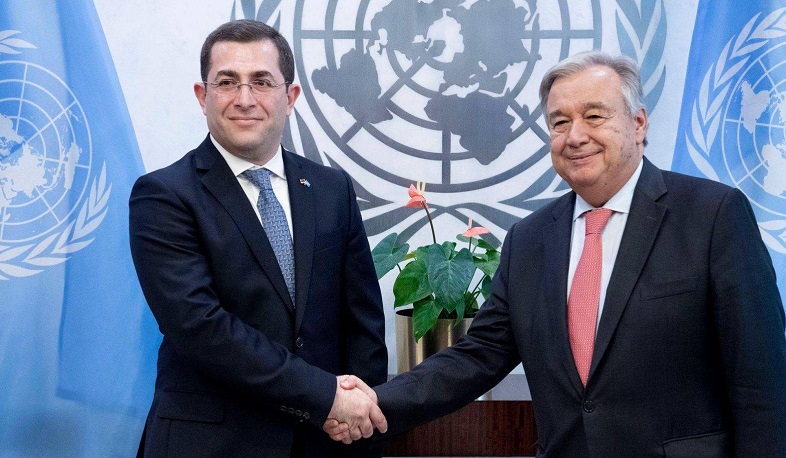 On April 14, Mher Margaryan, Permanent Representative of Armenia to UN penned a letter to UN Secretary-General Antonio Guterres regarding the inauguration of, the so-called, ‘military trophy park’ in Baku, displaying a most dehumanizing ‘collection’ of grotesque wax figures portraying ethnic Armenians, as well as a macabre exhibition of helmets, equipment and personal belongings of the Armenian soldiers, murdered during the 44-day war.
“The celebration of human death and suffering at the highest political level in Baku through the propagation of denigrating, dehumanizing imagery of ethnic Armenians is yet another manifestation of the state-led policies of inciting anti-Armenian hatred and is an overt demonstration of a genocidal intent,” Ambassador Margaryan states in the letter.
Views 154