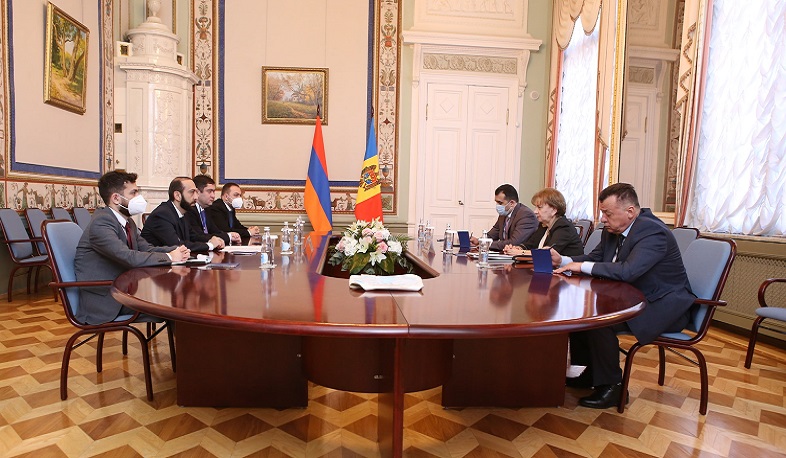 Armenian National Assembly Speaker Ararat Mirzoyan referred to the meetings held within the framework of the CIS Inter-parliamentary Assembly during his visit to St. Petersburg, Russia.
“Yesterday, within the framework of the CIS Inter-parliamentary Assembly, I had meetings with Speaker of the Oli Mejlis Senate of Uzbekistan Tanzila Narbayeva,  Speaker of the Parliament of Moldova Zinaida Greceanîi, Head of Jogorku Kenesh of Kyrgyzstan Talant Mamytov and Maulen Ashimbayev, Chairperson of the Senate of the Parliament of the Republic of Kazakhstan.
In the conversations with the speakers of the parliaments, special attention was paid to the issue of immediate return of the Armenian prisoners of war (POWs) and detainees in Azerbaijan, urging the colleagues to adopt an appropriate position in their contacts with the Azerbaijani parliamentarians. We also discussed a number of issues of common interest on bilateral and multilateral platforms,” Armenian Parliament Speaker Ararat Mirzoyan posted on his Facebook page.
Views 94