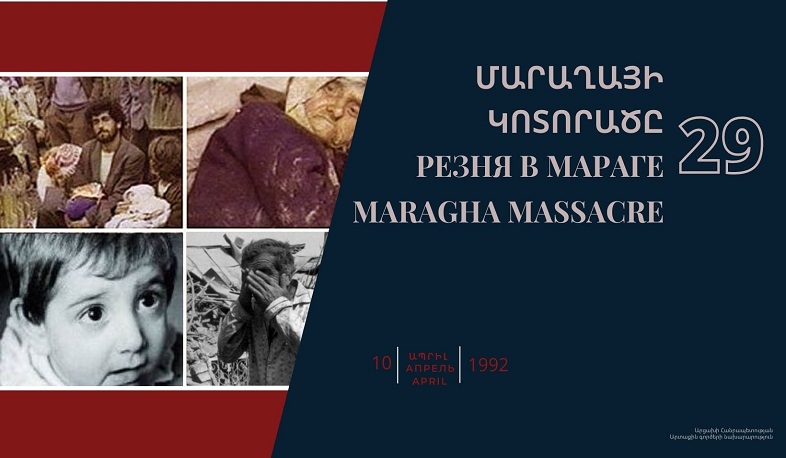 April 10 marks the 29th anniversary of the Genocide of the civilian population of the Armenian Maragha settlement of the Martakert region of the Republic of Artsakh (Nagorno-Karabakh) committed by the armed forces of Azerbaijan.
The Ministry of Foreign Affairs of the Republic of Artsakh made a statement on the anniversary of the massacres of the Armenian population in Maragha.
“Twenty-nine years ago, on April 10, 1992 the Azerbaijani Armed Forces committed genocide against the civilian population of the village of Maragha in the Republic of Artsakh.
The Azerbaijani troops, having invaded Maragha, brutally killed and tortured the local civilian population, including women, children, and the elderly. Azerbaijani servicemen beheaded 45 people, some of them were burnt, more than 100 women and children were taken prisoners.
The perpetrators were awarded high state awards, and their commander was awarded the title of National Hero of Azerbaijan, which testifies that the Armenophobian and genocidal policy in Azerbaijan is encouraged at the highest state level.
The tragic events in Maragha will remain an incurable wound in the memory of our people. They became a logical continuation of Azerbaijan’s regular and systematic persecution of Armenians and genocidal actions.
Crimes against humanity have no statute of limitations and must be condemned.”
Views 310