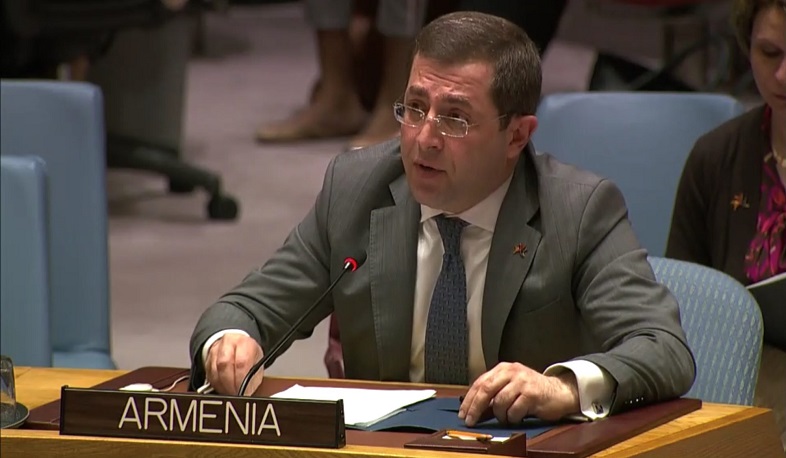 On April 8, the UN Security Council convened a meeting dedicated to international cooperation in the field of mine action and peacekeeping, during which the Permanent Representative of the Republic of Armenia to the United Nations Mher Margaryan had a speech at the meeting, the RA MFA reports.
He stated that mines and improvised explosive devices have a particularly negative impact on the daily life of the conflict zone population, their rights and fundamental freedoms, in particular the right to life and the right to development.
Ambassador Margaryan referred to the work of raising the Armenian mine mission in Syria on mine danger threats, as well as the cooperation of the Humanitarian Demining Center of Armenia with international and regional organizations. He drew the attention of the Security Council to Turkey’s “involvement of foreign terrorist fighters during the military aggression unleashed by Azerbaijan on September 27, 2020, the use of prohibited weapons against the civilian population of Artsakh and the contamination of the area with unexploded ordnance”.
He also mentioned that large-scale demining work is carried out by Russian peacekeepers in Nagorno-Karabakh.
Views 184