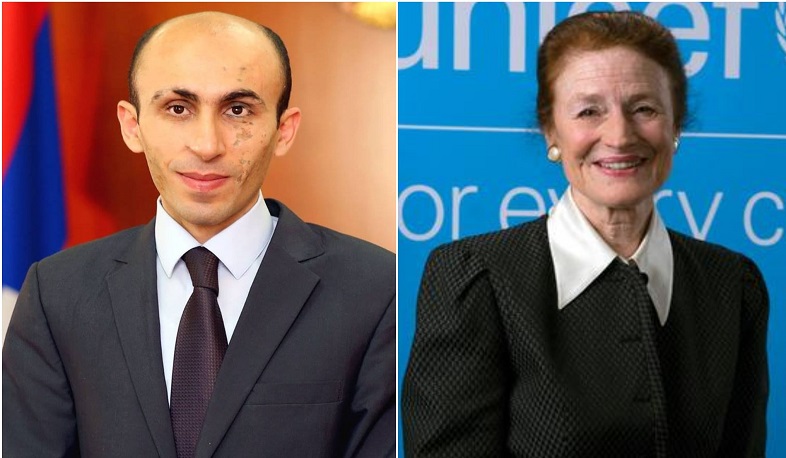 Thousands of children became homeless as a result of the Azerbaijani occupation. Artsakh Ombudsman’s Letter to UNICEF

On November 20, on the occasion of the International Children’s Day Artsakh Human Rights Ombudsman sent a letter to the Executive Director of UNICEF, Henrietta H. Fore. The letter reads:

November 20th is an important date for the civilized world as it is the date when the UN General Assembly adopted the Declaration of the Rights of the Child (1959) and the UN General Assembly adopted the Convention on the Rights of the Child (1989).  These two documents are based on the important mission of humanity to unconditionally protect the rights of children in any situation, guaranteeing the necessary conditions for their development.

Unfortunately, today, when the whole world celebrates International Children's Day, the children of Artsakh (Nagorno-Karabakh) are deprived of their rights, including the inherent right of children to life, right to health, their right to be with family and community, right to the development of personality and to be nurtured and protected, right to education and other basic rights. They are deprived of their rights because of the aggression launched by Azerbaijan against the Republic of Artsakh (Nagorno-Karabakh) that lasted from September 27 to November 9.

During the aggression, Azerbaijan deliberately and indiscriminately attacked the civilian objects, residential buildings, and infrastructure in approximately 170 communities of Artsakh (around 70 %). At least 50 killed and 163 wounded civilians, including a child killed and 9 children wounded were registered. The children of Artsakh were displaced together with their families, escaping the threat to their life and health, and sheltering in safer places in Artsakh and the Republic of Armenia.

Schools, kindergartens, and hospitals were also deliberately and indiscriminately targeted. According to preliminary data, 71 schools and 14 kindergartens were damaged as a result of the Azerbaijani aggression in Artsakh, excluding the schools and kindergartens that are in the communities currently under Azerbaijani control. 23978 schoolchildren and 4036 pre-school children are deprived of the right to education.

As a result of the Azerbaijani occupation of many Artsakh communities and handover of other communities, already thousands of children have become homeless, continuously being deprived of a number of rights and their happy childhood. Much more children have lost their fathers and relatives; have witnessed shellings, getting heavy traumas, and other development-hindering effects.

As the Human Rights Ombudsman of Artsakh, I have prepared an ad hoc report documenting and analyzing the rights of Artsakh children that have been grossly violated by Azerbaijan.

Prioritizing the protection of children's rights in any circumstances, and expecting Your strong commitment to being the ombudsman for children around the world, I am sharing with You the Report and ask You to properly register the gross violations of the rights of Artsakh children and take practical steps to eliminate the consequences and restore the violated rights”.